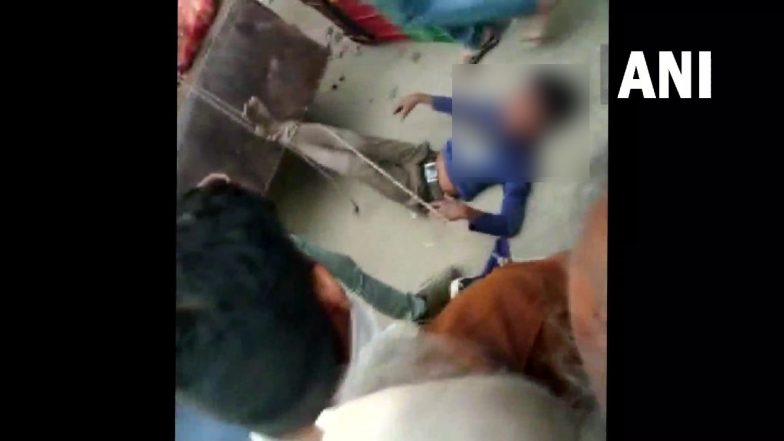 Indore, October 29: Two minor youths were thrashed on suspicion of theft at Choithram vegetable mandi in Indore on Saturday, an official said. A video of the incident has gone viral on social media in which the minors were spotted being tied to a mini truck and dragged too.

Assistant Commissioner of Police (ACP) Nihit Upadhyay said that the incident occurred around 8 am on Saturday. Upon getting the information about the incident, the police started an investigation. During this, it came to light that the minors were caught stealing cash and other items from an onion mini truck at the mandi. Following which, they were beaten up.

Viral Video of Youths Thrashed and Dragged by Vehicle:

The police brought both minors to the police station and conducted their medical check-up. Further investigation into the matter was on and action would be taken accordingly, ACP Upadhyay said.

The complaint was filed by the vehicle owner Sunil Verma, a resident of Katkoot village in the Khandwa district. On the other hand, an investigation against the people who had beaten up these two youths was also going on and action would be taken against them too, Upadhyay added.