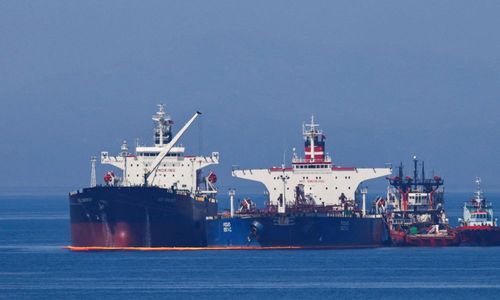 Saudi Arabia emerged as the second-biggest oil supplier to India after a three-month gap, overtaking Russia by a thin margin, while Iraq retained the top spot in August, data from industry and trade sources showed.

India, the world’s third biggest oil importer and consumer, shipped in 863,950 barrels per day (bpd) of crude from Saudi Arabia, up 4.8% from the previous month, while purchases from Russia fell 2.4% to 855,950 bpd, the data showed.

Despite Saudi’s gain, the share of oil from Organization of the Petroleum Exporting Countries in India fell to 59.8%, the lowest in at least 16 years as India cut African imports.

India has become Russia’s No. 2 oil buyer after China as others have cut purchases following Moscow’s invasion of Ukraine in late February.

The two countries, keen to secure raw materials at discounts compared with supplies from other countries, are seen as cushioning the impact of western sanctions on Moscow.

New Delhi has not publicly condemned Moscow for its ‘special military action’ in Ukraine. Prime Minister Narendra Modi will meet President Putin on Friday on the sideling of a summit of the Shanghai Cooperation Organisation, a regional security bloc.

India’s monthly oil imports from Russia have been declining after hitting a record in June as Moscow has narrowed the discounts offered for its oil while refiners lifted more term supplies.

“In the end you cannot cut Saudi supplies because of clauses in term contracts and Russia was able to reduce its discounts because of high demand especially in Asia,” said Ehsan Ul Haq, an analyst with Refinitiv.

India’s overall crude imports in August declined to a five-month low of 4.45 million bpd, down 4.1% from July, due to maintenance at some refineries, the data showed.[REF/A]

Higher intake of Caspian sea oil, mainly from Kazakhstan, Russia and Azerbaijan, have hit India’s purchases from Africa and other countries.

In August, the United Arab Emirates stayed at No. 4 while Kazakhstan replaced Kuwait to become fifth-largest oil supplier to India, followed by the United States.

Increased purchases of Saudi and Emirati oil raised Middle East’s share in India to 59% in August from 54% in July while that of CIS nations rose to about a quarter from 23%, the data showed.

Russian oil accounted for about 16% for India’s overall imports in April-August, the first five months of this fiscal year, at 757,000 bpd compared with 20,000 bpd a year earlier, or a 0.5% share, the data showed.

That lifted share of CIS countries in India’s April-August oil imports to about 20% from 2.9%, the data showed.