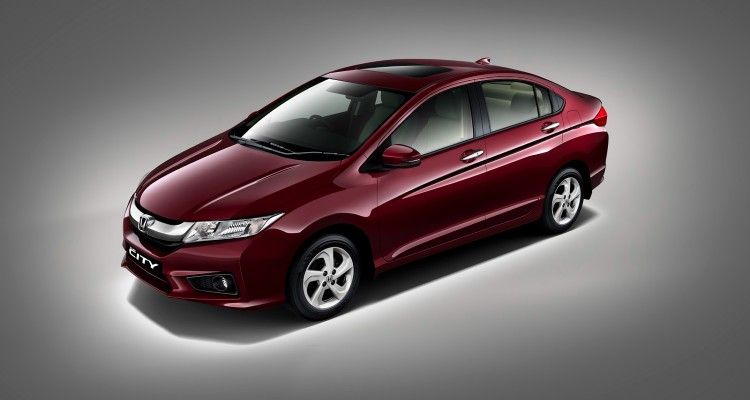 The new-generation Maruti Suzuki Alto K10 has been finally launched in India. The model gets a complete redesign with better space, features, and comfort, while it now comes with updated engine and transmission options. It’s more fuel efficient than before while continuing its promise of low ownership costs. The Alto K10 has always been a preferred choice of the entry-level car buyer with the model offering a bit more than its 800 cc sibling. But the new Alto K10 is also now more expensive than before priced between Rs. 3.99 lakh and Rs. 5.83 lakh (ex-showroom). That’s a budget good enough to get something from the used car market, that too from a few segments above. Which used cars can you get for the same price as the new Maruti Suzuki Alto K10? Here are our top five picks.

The 2014 Honda City arrived with petrol and diesel engines, while there’s also a petrol-automatic option

The price range of Rs. 4-6 lakh is a lucrative space for used car buyers with a number of options available. In our opinion, one of the more lucrative buyers is the Honda City sedan. You will get the fourth generation City for this price with examples ranging between 2014 and 2015. Most of these examples have done about 60,000-70,000 km on the odometer and there is a decent mix between petrol and diesel engine options in this price range. You will even get a petrol-automatic version with a CVT unit, which is a steal given the reliability of the latter.

ALSO READ:  Sharad Pawar retaliates to PM Modi: Says PM Modi wouldn't Understand the Importance of Family as He doesn't have Anyone

The Toyota Corollla Altis is also an equally lucrative sedan to buy and comes from a much higher segment than the Alto K10. Between Rs. 4-6 lakh, the D-segment sedan offers plenty of comfort, a premium look, and lots of royalty. The famed Toyota reliability is equally strong with the Corolla Altis with both the 1.8-litre petrol and 1.4-litre diesel engines. That being said, the used examples would be from 2012-2014 and include manual and automatic options. You actually get quite a few examples of the latter if you are looking for a reliable automatic. Toyota Corollas usually have covered quite a few kilometres on the odometer, so don’t be surprised to see numbers between 70,000 to 90,000 or even 1 lakh.

There are several Ertiga diesel models available with about 80,000 km and above on the odometer in the used market

While the new Alto K10 is an entry-level hatchback, the used car space can offer you some popular multi-seaters for the same price. And a good choice is the Maruti Suzuki Ertiga. The most used Ertigas in this price bracket belong to 2012-2014 and there are plenty of diesel options to choose from. These cars would’ve done about 80,000 km on the odometer, so be wary of that. However, the 1.3-litre DDiS engine is known to last well over 2 lakh kilometres with ease. Similarly, the 1.4-litre petrol is also a reliable unit and also comes with a CNG option. Do get the vehicle inspected thoroughly if you are looking to bring one home.

Looking specifically for a hatchback? You can bag one from the premium end with the Hyundai i20 fitting right into your budget. This would be the second generation i20 available for the same price as the new Alto K10. The car looks quite relevant even today and offers a decent set of features, performance and comfort. The i20 also has plenty of petrol and diesel engines to choose from, while you’ll find a number of Magna variants in the pre-owned space. We’ll recommend spending a tad bit extra and looking for the Asta option instead with all the bells and whistles. Examples from 2015-2016 have about 50,000 km on the odometer, which is further favoured by Hyundai’s extensive service network.

The original rugged compact SUV is available for some good prices in the used space, especially for the diesel version

Really want to take the plunge? Opt for an SUV instead with a used Renault Duster. The workhorse of an SUV enjoys quite the following with its rugged nature and build. Examples from 2015-2016 will fit right in with diesel being the more popular choice. If you look hard enough, you might find the 2017 Duster with the facelift under Rs. 6 lakh. A used Renault Duster is usually driven well but look for cars that have been cared for as well. If you are looking for the petrol version with a 1.6-litre motor, expect to pay under Rs. 4.5 lakh for the same.