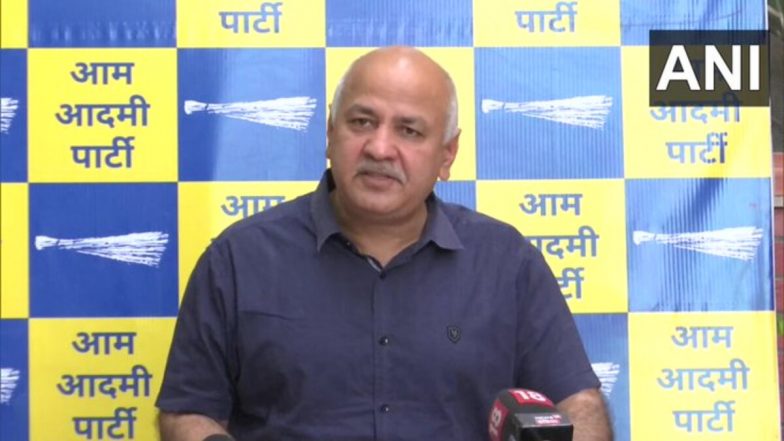 New Delhi, August 16: Deputy Chief Minister Manish Sisodia on Tuesday said Delhi will be the first in the country to bring a food truck policy on the lines of US and the UK. He said the government is in the process of finalizing the hotspots where food trucks will be allowed to park for the public.

Sisodia held a review meeting with the concerned department officials on Tuesday which focussed on upcoming Delhi shopping festival and the food truck policy. Stakeholder consultation with various agencies has already been conducted in with regard to food trucks, he said.

Even though business related to food trucks is not new to India, no state in the country has, however, made any policy to streamline this business and increase employment opportunities in this sector, the minister said. He asserted that Delhi will be the first to do so on the lines of US and UK.

“In our Rozgaar Budget, we announced various projects that can foster growth of the economy and generate 20 lakh jobs in the next five years. Of them, Delhi Shopping Festival and Food Truck Policy are two priority projects which will be launched soon. “While the shopping festival will be a big opportunity for traders, shopkeepers, tourism and hospitality industry to increase their business and revenue, the Food Truck Policy will open avenues for growth of the capital’s night time economy,” Sisodia added.

ALSO READ:  Is keeping Relationship with Multiple Partners a Growing Trend in India?

Sisodia directed officials to expedite the preparations for both the projects so that they can be launched within the stipulated deadline. During the meeting, Sisodia was informed that the agencies concerned have interacted with the representatives of various markets, trade circles at various levels regarding the Delhi Shopping Festival.

The market associations and traders are very enthusiastic and are eagerly waiting for Delhi’s first shopping festival, said government statement.

The Delhi Shopping Festival which is scheduled to be held from January 28 to February 26, 2023. The festival, which will be conducted across all the popular markets, shops, and malls of the capital, will offer discounts, fun, food and entertainment to every person visiting Delhi during that time.

ALSO READ:  Lava Blaze With Glass Back And Android 12 Launched At ₹8,699 In India

Along with this, the festival will have grand opening and closing ceremonies and various other events. The month-long festival will not only provide a unique experience of Delhi to the visitors, but will also boost the business of tourism and hospitality industries by 25 per cent, the statement claimed. The festival has potential to generate about 1.2 lakh jobs over the next five years, it added.

Recipe Time: How to make Delicious Halwa Prasad at Home