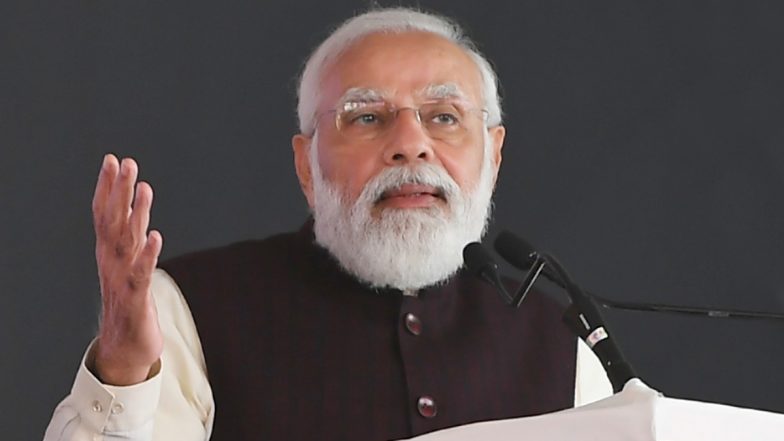 New Delhi, August 7: Prime Minister Narendra Modi on Saturday emphasised the ways to strengthen the spirit of ‘Jan Bhagidari’ and the need to fulfil the vision of freedom fighters.

“Yesterday, the National Committee on Azadi Ka Amrit Mahotsav met. Heard the insightful inputs of fellow members of this Committee. I emphasised on ways to strengthen the spirit of Jan Bhagidari and the need of fulfilling the vision of our freedom fighters,” PM Modi said in a tweet today.

Yesterday, the National Committee on Azadi Ka Amrit Mahotsav met. Heard the insightful inputs of fellow members of this Committee. I emphasised on ways to strengthen the spirit of Jan Bhagidari and the need of fulfilling the vision of our freedom fighters. https://t.co/UGYdDOayhS

Calling the emotional flavour of Azadi ka Amrit Mahotsav the core of the campaign, he said, “The patriotic fervour which was witnessed during the freedom struggle was unprecedented. It is what we need to imbibe in our current generation and channelise for nation building.”

He further said that the Azadi Ka Amrit Mahotsav is creating an atmosphere of patriotic zeal in the country and it is a golden opportunity to establish an emotional connection of youth towards nation building.

“It is a Sanskar Utsav for the youth which will fill them with the undying passion to contribute to the country. The current generation will be tomorrow’s leaders and therefore we have to inculcate a sense of duty and responsibility in them so that they realise the dreams and vision of India@100,” he said.

In his address, PM Modi also highlighted the contribution of tribal freedom fighters and said that we should pay tribute to them by building local tribal museums.

He suggested that the border village programme should be taken up for the youth to familiarise them with the life of the people residing in the last mile of the country and the programme to construct 75 sarovars (lakes) in every district.

The Prime Minister further said that we must nourish and nurture our unity and promote India as Ek Bharat Shrestha Bharat because a united nation is a progressive nation. “In this light, our national flag Tiranga is a symbol of unity– which brings positivity and prosperity for the nation,” he said.

Expressing faith in the “ongoing period of Amrit Kaal”, PM Modi said that the period marked by the spirit of Sankalp se Siddhi will take our country to the peak of success in the next 25 years.”

Secretary Culture, Govind Mohan gave a presentation on the overview of activities under Azadi Ka Amrit Mahotsav since its inception on 12 March 2021.

In the third meeting, Shah explained that more than 60,000 programmes have been organized successfully in the country till date and Azadi ka Amrit Mahotsav has percolated down from the national to the state, district and grassroot levels.