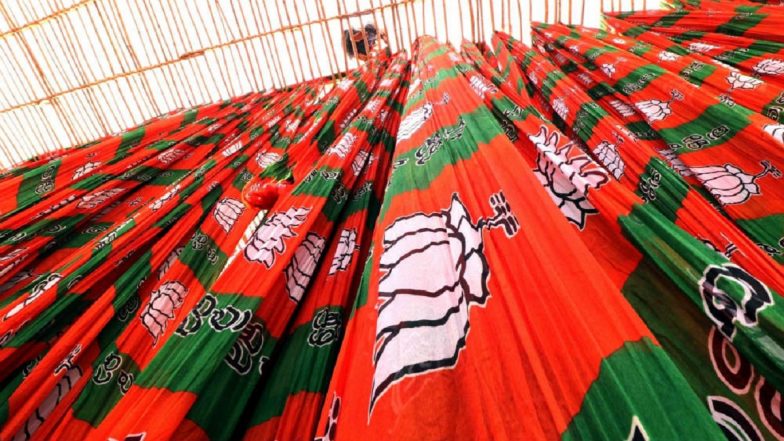 New Delhi/Jaipur, July 2: The Congress on Saturday alleged that the main accused in the Kanhaiya Lal murder case in Udaipur was a member of the BJP, which dismissed the claim as “baseless” and an attempt to deflect attention from the ”failures” of Ashok Gehlot government in Rajasthan.

At a press conference in the national capital, Congress’ media department head Pawan Khera cited Facebook posts showing accused Riyaz Akhtari with local BJP leaders and sought to know whether the Centre had moved quickly to transfer the case to the NIA due to this reason. The opposition party said the inference about the BJP ”links” of the accused was drawn from a media report and its own findings.

He said Rajasthan Chief Minister Ashok Gehlot had welcomed the transfer of this case to the NIA. However, in light of “new facts”, the question arises whether the BJP-led government at the Centre moved quickly to transfer the case to the NIA due to these reasons, Khera said while demanding that the BJP come clean on the issue.

Responding to a tweet by a Congress leader, the BJP’s IT cell chief Amit Malviya said the accused were not BJP members and charged the opposition party with peddling fake news.

“I am not surprised that you are peddling #FakeNews. The Udaipur murderers WERN’T members of the BJP. Their attempt to infiltrate was like the LTTE assassin’s attempt to enter the Congress to kill Rajiv Gandhi,” he tweeted. “Congress should stop fooling around with terror and national security,” Malviya said. He said the media report being cited did not conclude that the accused was a member of the BJP.

“To claim otherwise is baseless and dangerous for India’s national security and the fight against terror,” he tweeted. Mohammad Sadiq Khan, Rajasthan president of the BJP Minority Morcha, also said the photos cannot be held as proof of Akhtari being a party member.

He alleged that the Congress wanted to shift the blame on the saffron party to divert public attention from the “failures of the Ashok Gehlot government which did nothing for minorities” in three-and-a-half years.

The BJP leader alleged the murder highlights the state government’s failure as it did not provide security to Kanhaiya Lal despite a clear threat. Khan said Akhtari’s vehicle number was “2611”, which he obtained by choice in 2013, and this indicated his radical ideology. BJP leader Kapil Mishra met the family members of Kanhaiya Lal and announced financial help of Rs 1 crore collected through a fundraising initiative.

Kanhaiya Lal, a tailor, was hacked to death on Tuesday afternoon by two cleaver-wielding men, who posted online a grisly video of the crime saying they were avenging an insult to Islam. The killing has sparked widespread outrage.

Akhtari and another accused Ghouse Mohammad were arrested hours after the incident while fleeing on a motorcycle. Two more people, who were allegedly involved in a recce of Kanhaiya’s shop and the conspiracy to kill him, were also arrested later. The four were on Saturday remanded in police custody till July 12.