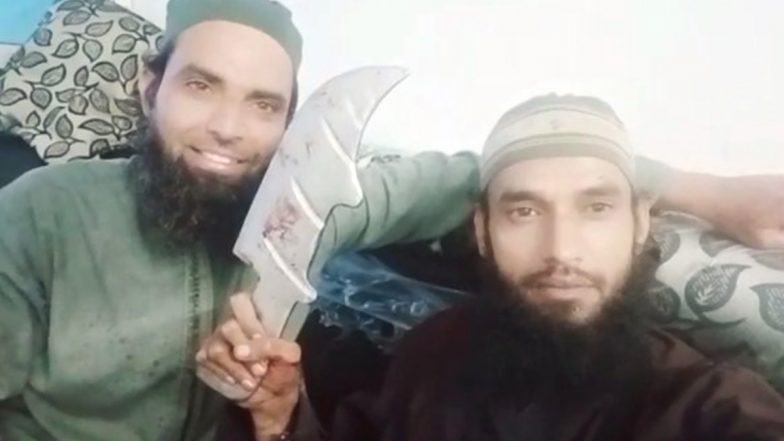 Udaipur, June 28: A gruesome murder in broad daylight reported from a crowded street in Udaipur on Tuesday has triggered tension in the Lake City after the murderers posted a video on social media claiming to teach a lesson to the victim for putting up a social media post.

As per the police, the victim, a tailor by profession, was attacked by a sharp-edged weapon. The video of the incident has gone viral on social media, which is being termed as a Taliban-style murder.

Sources said that the victim was hacked to death for supporting now-suspended BJP spokesperson Nupur Sharma in a social media post over her controversial remarks on Prophet Muhammed.

The police have reached the spot and further investigation is underway.

“I condemn the heinous murder in Udaipur. Strict action will be taken against all those involved in the crime and the police will go to the bottom of the case. I appeal to all the parties to maintain peace. Strictest punishment will be given to those involved in such a heinous crime,” he said.

In the viral video, one of the two accused could be heard saying, “I will make the video viral when I accomplish my goal to teach a lesson to the accused who has shown disrespect to our God.”

Police sources said that the plot to murder this man was chalked out some 10 days ago.

Meanwhile, the local traders have shut their shops in protest against the brutal murder.