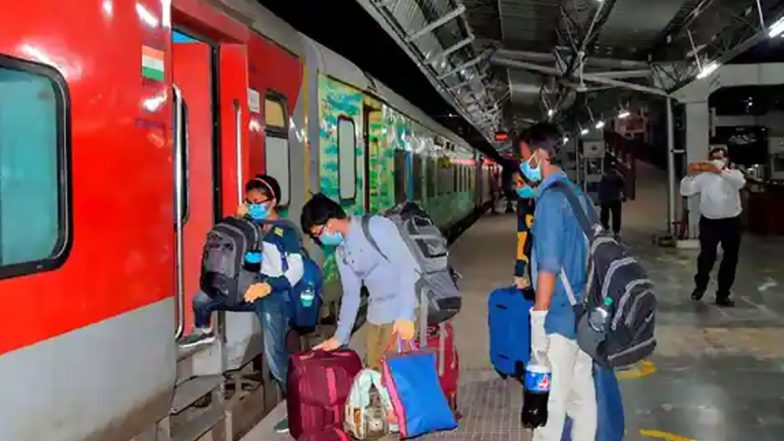 Carrying extra luggage during train journey can be costly for passengers. Issuing a warning, the Railway ministry urged people to travel with minimum required luggage. According to rules you will have to now shell out six-times more than the normal rates if you  are caught carrying excess luggage without booking for it.

The passenger should present the luggage at the luggage office of the booking station at least 30 minutes before the departure time. You can also book the luggage while booking tickets.

How much luggage will be permitted without being charged extra?

Up to 70 kilogrammes is allowed for free in AC first class, and 50 kg in AC second class. Carrying luggage of up to 40 kilogrammes is permitted in the AC 3-tier sleeper, AC chair car, and sleeper class. The limit for 2-class is up to 25 kilogrammes. The minimal baggage fee is Rs 30.

Luggage that will be transported by the same train as you should be delivered to the luggage office at the booking station at least 30 minutes before the departure time. Passengers can also reserve their luggage while purchasing their tickets.

“Luggage that is not securely packed will not be accepted for booking and carriage unless the sender or his authorised representative executes a forwarding note and records such faults or faulty packing,” according to a notification.

According to the notification, if a passenger is discovered with unbooked or partially booked luggage weighing more than the permitted weight, the excess unbooked weight exceeding the free luggage allowance is charged at six times the luggage scale rate, rather than six times the scale -R as previously. “However, if unbooked or partially booked luggage is identified that is more than the free allowed but within the marginal allowance, it is charged at 1.5 times the luggage scale rate,” the notification said.