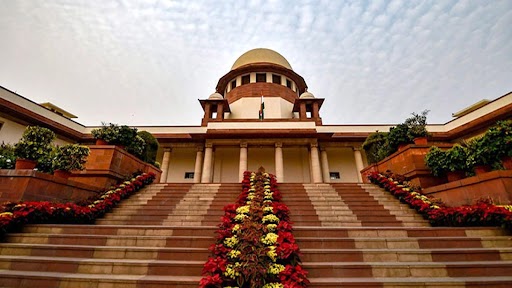 New Delhi, April 22:The Supreme Court Friday declined to grant an interim stay against the proposed demolition of around 200 ‘jhuggis’ at Sarojini Nagar here and seeking rehabilitation and relocation of their homes as per the government policy and posted the matter for hearing on April 25.

A bench comprising Chief Justice N V Ramana and Justices Krishna Murari and Hima Kohli was told by senior lawyer Vikas Singh that the residents needed protection as their dwellings are about to be demolished.

“This matter pertains to ‘jhuggis’ at Sarojini Nagar and the protection (against demolition) is only till Monday. I do not want the same thing as happened in Jahangirpuri to happen here. Please grant the status quo,” Singh, who was assisted by lawyer Aman Panwar, said.

During the week, the top court came to the rescue of residents of the riots-hit Jahangirpuri area of the national capital by asking authorities to stall their anti-encroachment drive. The bench, while refusing to stay the proposed demolition in the present case, said that the plea would be listed before an appropriate bench on Monday itself.

The plea, filed through a minor Vaishali, a jhuggi resident whose 10th board examinations are starting on April 26, said that the slum dwellers have been living there since 1980 and they do not want to stall any government project at the site.

However, the residents, besides deferment of a proposed demolition, for the time being, wanted rehabilitation and relocation of their jhuggis as per the provisions of the Delhi Urban Shelter Improvement Board (DUSIB) Act. DUSIB Act casts an obligation on the government authorities to frame a scheme for rehabilitation and relocation of the jhuggis before any action of eviction is undertaken.

The union ministry of urban development, on April 4, this year, issued “eviction/demolition” notices to all residents of the jhuggis within one week.

The Delhi government had taken a plea before the Delhi High Court that the ‘jhuggis’ in question was not notified under the DUSIB Act and hence the residents were not eligible for rehabilitation.

The single judge and the division benches of the high court had relied upon the submissions of the DUSIB and dismissed the plea of residents. The appeal, filed in the apex court, referred to a response received under the Right to Information Act and said that the city government and its authorities have not notified any Jhuggi in Delhi under the DUSIB Act and have only prepared a list of 675 jhuggis.