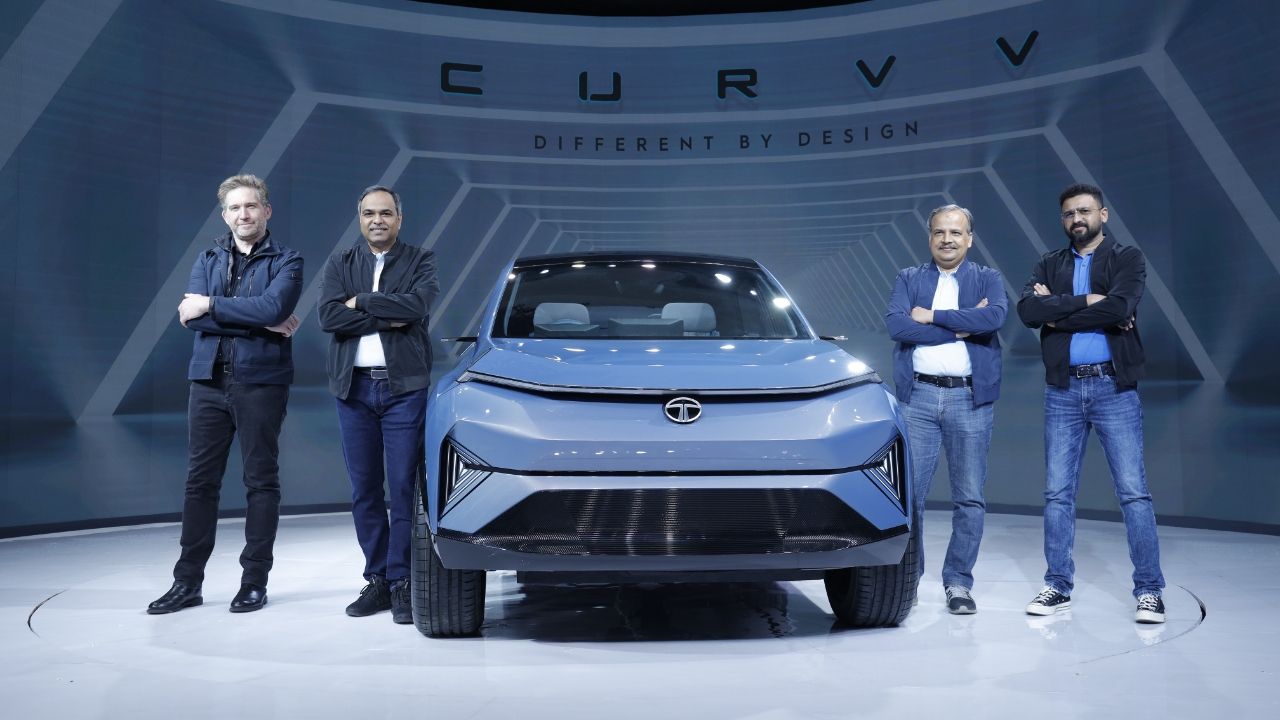 Tata took the cover off its upcoming concept electric SUV dubbed the “CRUVV,” and it could be a potential Hyundai Creta or Kia Seltos rival. Tata has had immense success with its current crop of electric vehicles including the Nexon EV and the Tigor EV. Both of these vehicles are relatively affordable compared to other electric vehicles on the market like the Hyundai Kona or the MG ZS EV.

As a result, Nexon and Tigor EV enjoy healthy sales in a market like India. According to official sales figures, Tata increased its annual EV sales by 353%, which is a pretty huge feat. Consider the fact that electric vehicles in the country are at a very nascent stage with charging infrastructure limited only to a few areas in metro cities and these sales figures become all the more impressive.

However, one major issue that Nexon and Tigor EV owners do face is range anxiety. The Nexon EV has an ARAI-certified range of 312 km meanwhile the Tigor EV has a certified range of 306km. These numbers drop pretty quickly in the real world as a result both these vehicles end up offering close to 200km range. Tata’s new CURVV electric SUV concept is developed by keeping electric vehicles in mind and with the design philosophy of “less is more.” As a result, it’s likely to bring a lot of the changes that EV enthusiasts have been waiting for.

Visually, Tata’s upcoming concept electric SUV CURVV looks sharp yet fluid. It has a futuristic styling and yet somehow it still retains the aggressiveness of the Tata SUV, think Harrier. The front and back of the SUV feature a complete LED light strip running from left to right. The slighted rear roof panel gives the Tata electric SUV a coupe type-look. Lastly, from the side, one can easily tell that the CURVV SUV concept is related to vehicles like the Tata Nexon.

In terms of functionality, the CURVV SUV seems to have good ground clearance, its wheelbase seems a bit longer and the vehicle looks dominating with what probably is a set of 18-inch alloy wheels. Do note that a ground clearance for the CURVV SUV is highly important as it’s exactly where the vehicle’s battery pack will be located. From the inside, the car looks equally futuristic, with two touchscreens, one for the driver and another one on the console. The interior seems to have a leather finish and the dashboard is covered in a matte-like material.

With the CURVV electric SUV concept, Tata is beginning to launch its second generation of electric vehicles. Unlike the gen 1 EVs, which use Tata’s Ziptron battery architecture, Generation 2 EVs will offer more range and multiple powertrain options. The CURVV electric SUV concept will also make its debut as a petrol or diesel-powered vehicle in the future as well, according to Tata Motors. Speaking of electric SUVs Tata dealers recently started taking bookings for the upcoming Sierra SUV. The press release does not mention whether the Generation 2 EV architecture underpins the upcoming Tata Sierra electric SUV however. Needless to say, it’s an exciting time to be an EV enthusiast in India.