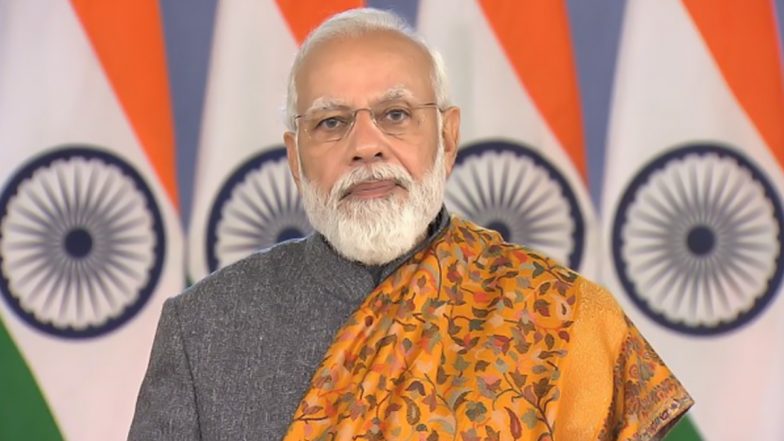 New Delhi, March 23: Expressing his condolences to the families of victims of the Birbhum violence in West Bengal in which eight people were charred to death, Prime Minister Narendra Modi on Wednesday urged people of West Bengal to not forgive the perpetrators of such incidents and those who encourage such criminals.

Addressing virtually at an event on Shaheed Diwas in Kolkata’s Victoria Memorial, Prime Minister said, “I am pained by the violent incident in Birbhum, West Bengal. I express my condolences. I hope that the state government will definitely punish those who commit such heinous sins in Bengal.”

ALSO READ:  The Shoot Schedule And Other Insights Of Dabangg 3

The PM also assured the state government that whatever help it wants will be provided to take strict action against the culprits.

“I would also urge the people of Bengal to never forgive the perpetrators of such incidents and those who encourage such criminals. On behalf of the central government, I assure the state that whatever help it wants will be provided so that the criminals are punished at the earliest,” he added.

As many as eight people were burnt to death in the Rampurhat area of Birbhum in the state on Tuesday after a mob allegedly set houses on fire following the killing of Trinamool Congress leader Bhadu Sheikh. Director-General of Police (DGP) West Bengal, Manoj Malviya informed that 11 arrests have been made in the case so far. He further informed that Bhadu Shaikh’s murder was reported last night, an hour after which 7-8 houses nearby had caught fire.

A special investigation team has been formed to probe the matter. Meanwhile, the Calcutta High Court on Wednesday took cognizance of the Birbhum incident. (ANI)