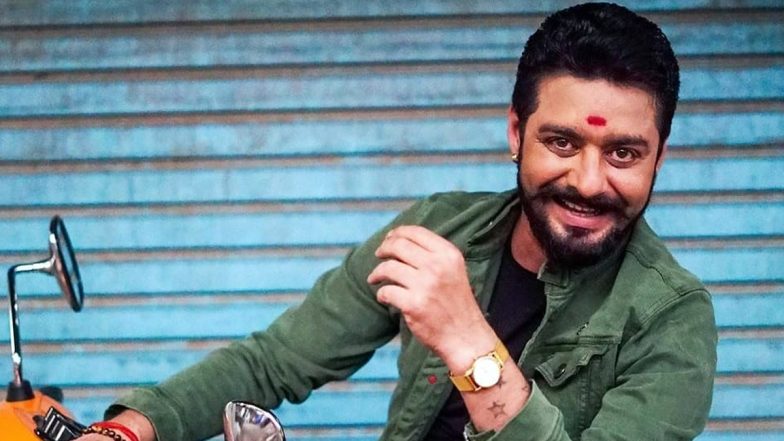 Mumbai, Jan 31: Police will take action against a YouTuber after it emerged that he had asked students to assemble in Dharavi area in Mumbai near the residence of Maharashtra Education Minister Varsha Gaikwad to demand cancellation of offline exams for classes 10 and 12 on Monday, an official said.

He said the YouTuber, identified as ‘Hindustani Bhau’ alias Vikas Phatak, will have to face the law as prima facie he had appealed to students to assemble at Ashok Mill Naka in Dharavi. He was also present near the spot.

Several hundred students protested on Monday afternoon at Ashok Mill Naka for their demands. Police responded with a mild baton charge to stop them from moving towards the minister’s residence in the vicinity.

Here is the Video of Protest:

The students argued against holding the board exams for classes 10 and 12 in person, saying they had studied online due to COVID restrictions.

The police official said that Hindustani Bhau and others were responsible for the gathering of students.

As per the preliminary investigation, it was YouTuber Hindustani Bhau who had appealed to students to take part in the protest through his social media accounts.

Responding to a query, Deputy Commissioner of Police (DCP), Zone V, Pranay Ashok said, “The action will be taken as per the law against anyone responsible for instigating students”.

Another police official said that Hindustani Bahu had visited the Dharavi police station requesting the police to not stop students from reaching Gaikwad’s residence.

ALSO READ:  How Amit Shah has Become the Face of BJP after Narendra Modi

When senior police officers asked him to give a letter of demands and assured him that it will be forwarded to the minister, Bhau left the police station.

Hindustani Bhau, a former Bigg Boss contestant, is popular for his videos that are marked by the unique delivery of slang words through which he mainly targets Pakistan and other YouTubers from that country.