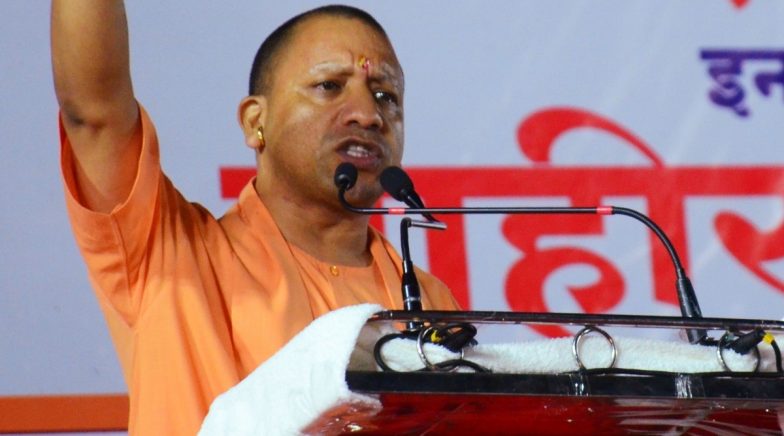 Lucknow, January 21: Highlighting how the law and order situation has improved in the state over the last five years, Chief Minister Yogi Adityanath on Friday said, it is same state where criminals ruled the roost used to torture but the present government reversed the trend. ” Now the criminals are running for their lives and the tranquility is back in the society,” said the UP CM asserting his government  guaranteed security to its people as well as investors and now big industrialists want to invest here.

CM Yogi was interacting with the entrepreneurs of western UP through a virtual medium on  ‘Aatmnirbhar Uttar Pradesh’. He called upon the businessmen and entrepreneurs to make their contribution in building a self-reliant Uttar Pradesh without any fear.

“Employment and investment prospects have gained momentum in UP. They will gain more currency after the BJP government is formed again with a thumping majority on March 10.”

Expecting positive cooperation from the entrepreneurial class for the BJP in the assembly elections, he said that the Prime Minister  dreamt of making UP a one trillion US dollar economy. This dream can be fulfilled only with the cooperation of entrepreneurs.

He hit out at the previous SP government headed by Akhilesh Yadav for the Saharanpur-Muzaffarnagar riots and said, “Between 2017, several families in Kairana had migrated due to threats of extortion and the merchant-entrepreneur society in Ghaziabad was also plagued by extortion and kidnapping. But the BJP government adopted the policy of zero-tolerance against crime and criminal. As a result, the law and order were strengthened today.

Stating that the thinking of people has changed towards UP, the CM maintained, “Industrial investment of lakhs of crores came to UP, investment of Rs 66,000 crore alone came in the Covid-19 period. This created huge employment opportunities in the state and over 1.61 crore youth got employment in our MSME units in the last five years.”

ALSO READ:  6 Fashion Wrist Wear every Fashionista must Own

“Before 2017, one and a half airports were active in the state, today 9 airports are functional, 12 new ones are being built and flights are being available for 75 cities. Till 2017, UP had only 12 medical colleges, today 35 are being built. Be it the uninterrupted supply of electricity or the availability of land for industries, the government has paid attention to every need, as a result, UP has emerged as the best destination for investment in the country.”

Narrating an interesting incident from his Kairana visit, the CM told, “After the formation of the government in 2017, he met a family of Kairana who wanted to return but was afraid. I asked them not to be afraid as the government is with them. The family returned and I went to meet them three months ago in Kairana where I also met a girl studying in class 6 who told me that there is no problem but we have come to know that a goon is out on bail and is roaming on the crossroads.”

ALSO READ:  Don't want to be AAP party member for the name sake - Ashish Khetan after his resignation

I asked the officials to look into the matter, and immediately the next day it was in the newspapers that the goon got his bail canceled and went to jail again, he added. The CM told this incident and told that UP needed such law and order and only the BJP government is capable of providing it.

The entrepreneurs too while speaking to the CM appreciated the industrial promotion policies of the government and also put forward their expectations about future needs. Deepak Gupta from Bulandshahr Industrial Area told CM that the biggest change came in 5 years that our children who wanted to work outside UP earlier, have started talking about living in UP today.