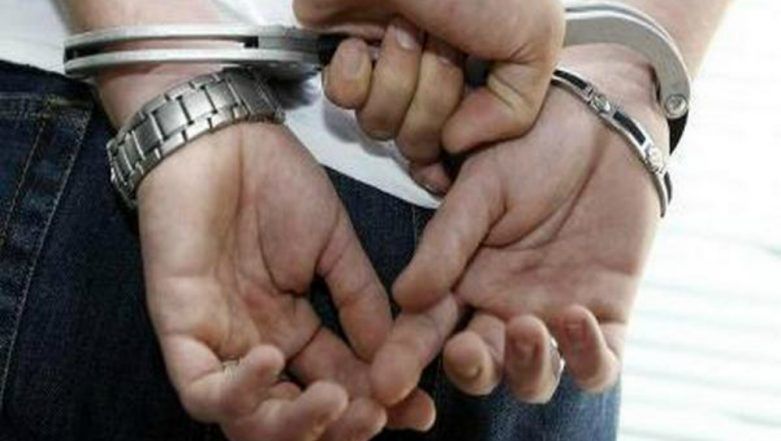 New Delhi, October 21: A 34-year-old man was arrested for allegedly staging a robbery along with his cousin brother to steal Rs 5 lakh from his employer in Delhi’s Wazirabad area, police said on Thursday. The accused have been identified as Deepak, a resident of Haidarpur, and his cousin brother Aslam (39), a resident of Trilokpuri. They were planning to start a business with the stolen money, they said.

On Monday, Wazirabad police station received information about a robbery in the area. The complainant, Deepak, alleged that he was robbed of Rs 5 lakh cash that he had collected on the instruction of his employer Rajeev Bansal and his mobile phone by two motorcycle-borne men, the police said.

Deepak claimed that the incident took place around 6.15 pm when he was going to Seelampur from Rohini’s Sector-3 via Ring Road to deliver the money. As he crossed the Burari flyover, the men on the motorcycle threw red chilli powder in his eyes and fled with the cash and his mobile phone after he stopped his scooter, a senior police officer said.

However, the red chilli powder was found neither at the crime scene nor on Deepak’s clothes. He also changed his statement frequently and there were several discrepancies in his account of events, the officer said, adding that Bansal was also called to the spot.

During interrogation, Deepak revealed that he wanted to start a water plant and hence, hatched a plan with Aslam to stage the robbery to steal the money from his employer, Deputy Commissioner of Police (north) Sagar Singh Kalsi said. He called Aslam under the Burari flyover and handed over the cash and his mobile phone to him. Thereafter, he called the police using the mobile phone of a passerby, claiming that he had been robbed, the DCP said.

A case was registered, raids were conducted and co-accused Aslam was arrested. Deepak’s mobile phone and cash worth Rs 4,92,000 were recovered from his possession, Kalsi said. Deepak, who had been working for Bansal for the last five to six years, was earlier involved in two cases of criminal breach of trust and theft. Bansal had not got Deepak’s police verification done, the police said.