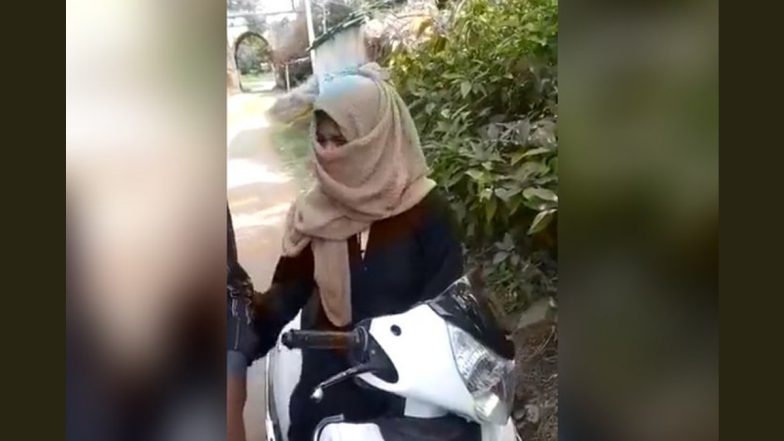 Bhopal, October 17: A young woman travelling on a scooty in Bhopal was forced to remove her burqa, as per a video going viral on social media. The incident took place in Islampura under Itkhedi police station of Bhopal, when a young woman, who is riding a white coloured two-wheeler with her male friend, was seen being harassed by a group of men. As per reports, some people stopped her and objected to her wearing burqa, asking her repeatedly to take it off.

In the viral video, some people are seen telling the girl that she is defaming their community. When the girl took off her burqa, she was then forced to remove the mask also. The video also shows both the girl and her companion pleading with the mob to leave them.

No complaint has been made by the girl to the police, but the police arrested two youths and released them after later. The video is likely of Saturday.