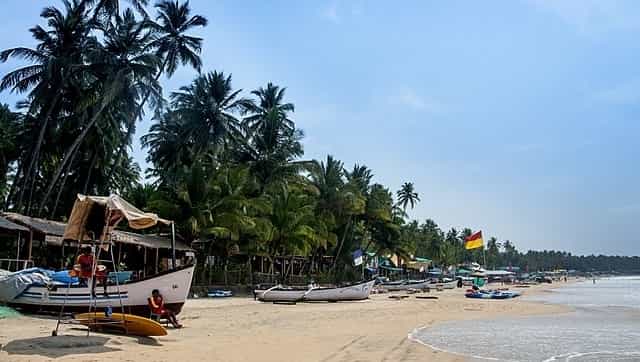 The best-case scenario, which the BJP would be hoping for, is that none of the Opposition parties, especially the Congress, TMC, AAP and Goa Forward stitch together an alliance

By the time Goa goes to polls in 2022, the electronic voting machine might well resemble the spread in typical fish thali served in seafood restaurants in the beach state; a plate with varied compartments packed with rice, varieties of curries and savoury fish bites.

However, the addition of two resurgent political parties, the Aam Aadmi Party (AAP) and the Trinamool Congress (TMC), to Goa’s colourful electoral ensemble may end up queering the pitch and the political palate of the average Goan.

Neither AAP nor the TMC are new fish in Goa’s murky political pond. AAP had flattered to deceive in the 2017 Assembly polls, with the party losing all seats it contested in—Delhi chief minister Arvind Kejriwal had predicted a victory in 35 out of the 40 Assembly seats—while the TMC performed miserably in both its previous outings, the Assembly polls in 2012 and the Lok Sabha elections in 2014.

This time round, however, both the political outfits, boosted by their convincing electoral successes elsewhere, appear to have gained some swagger. From shrimps of yesteryear, both the AAP and the TMC have donned the stripes of wrist-thick tiger prawns.

While AAP has the advantage of significant headway in terms of media management, popular outreach and aggressive cornering of political opposition space over the last year, the TMC which made its splash last week has in its mix vital and secret condiments brought to the table by West Bengal chief minister Mamata Banerjee’s key political strategist Prashant Kishor.

A fish thali and its political composition

Just like boiled rice, fish curry, a fried fillet are irreplaceable in a standard fish thali, the Congress, the Bharatiya Janata Party (BJP) and the Maharashtrawadi Gomantak Party (MGP) have been the mainstream political flavours commanding the attention of the Goan voters for decades.

There have also been the Nationalist Congress Party, Goa Forward and the United Goans Democratic Party which have played bits and pieces roles in Goa’s political drama. Much like the pickles, kokum kadhi, and salad in a fish thali. They add flavour yes, but you really could do without them too.

The real context of the fish thali metaphor to the emergence of the AAP and the TMC is whether the two parties would be able to emerge as the signature irreplaceable elements in a thali or end up as expendables like the pickle.

The TMC conversation began amid speculation last month, with Indian Political Action Committee (I-PAC) members scouring the countryside conducting surveys and sussing out political talent. They found one in the form of former chief minister and ex-Congress Working Committee member Luizinho Faleiro. At 70, Faleiro is still regarded as a sharp politician and is a prize catch in terms of the sheer attention his switch has cornered. But his chances at winning an Assembly poll, even in his own constituency, are somewhat questionable, considering his near absence as a legislator since the 2017 polls.

Faleiro’s “coming out” in a TMC jersey itself was also a lackluster affair. The popularity of the politicians who joined him into the party and their collective footprint in politics perhaps matches size three to four in the Indian shoe size charts.

Faleiro’s key announcements made during his first few media briefings, namely retaining Goan identity, bringing breakaway Congress factions together, taking on the BJP and of course the oft-quoted underscoring of the love Bengalis and Goans share for fish and football wasn’t something that set Twitter on fire, not even with the I-PAC’s aggressive social media management skills.

But chances are that Faleiro may still have a trick or two up his sleeve. If not, there is always the possibility of a TMC-sponsored Rajya Sabha ticket, even though Faleiro has formally claimed that he has not been made such an offer.

The TMC’s sudden emergence, however, appears to have stunned the AAP for now. The party, which has so far beaten the BJP at the social media game with ease in Goa, appears to have taken a pause to digest the new political entry.

The AAP had led a disastrous election campaign in 2017. It lost 38 out of the 39 seats it contested, its candidates losing their deposit in 37 seats. Its only candidate, who managed to save her election deposit, Royla Fernandes from the Benaulim Assembly constituency, had later joined the Congress.

But there was one learning from the voting pattern in 2017 that the party took home. In some seats—especially where Catholic votes could make a difference—the losing AAP candidates had taken enough votes to mar the chances of a Congress victory.

After the poll post-mortem, the party shed its top state leadership. It also shed its qualms about roping in politicians with dubious track records, joining the mainstream political rough and tumble full throttle.

In the recent Zilla Panchayat elections, the AAP finally managed to secure its first electoral victory in Benaulim. Benaulim is also the constituency where the AAP hopes to earn its first Assembly seat in 2022.

Congress and its pickpockets

While neither the TMC nor the AAP right now appears to be in a place where they could tip the scales and win the 2022 polls, they could do well to emerge as potential headaches for Congress. In the way things stand right now, both parties could be the classic potential pickpockets as far as the Congress’ minority vote-bank is concerned. And the Congress appears still riddled by its standard affliction of factionalism and has yet to put its game together for the 2022 elections. The appointment of former Union Finance Minister P. Chidambaram in August this year as the party’s senior election observer offers a ray of hope for the Congress, but Faleiro’s dramatic exit would certainly count as a failure in Chidambaram’s early-term report card.

Interestingly, the ruling BJP itself isn’t in the hot seat either. In 2017, the party rode the charisma of late Manohar Parrikar (then a Union defence minister) but still ended up a poor second after the results with 13 seats.

In 2022, there’s no Manohar Parrikar. Chief Minister Pramod Sawant’s truncated tenure in power has been lackluster (and inadequate during the Covid crisis). The induction of 15 MLAs from Congress and the Maharashtrawadi Gomantak Party since 2017 has triggered dissent within the party, which is spilling out ahead of election ticket distribution.

The best-case scenario, which the BJP would be hoping for, is that none of the Opposition parties, especially the Congress, TMC, AAP and Goa Forward stitch together an alliance.

In summary, months ahead of the Goa Assembly polls, which are scheduled for early 2022, no political party is really in a position to claim that they are sitting pretty. But the variety of political options on display on the EVM may well match the diversity of the Goan fish thali.

And that may well make a pretty picture!

Goa: Gau Rakshak Body Seeks Ban on Tourists Eating Beef to Scale down the Slaughter of Nearly 200 Heads of Cattle