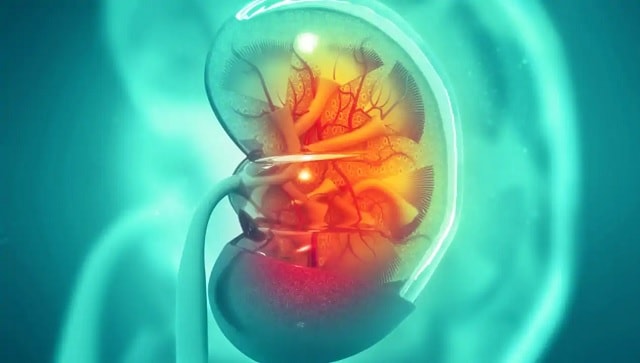 Dr S Saravanan, who took charge of the third kidney transplant, made the attempt after the patient had already undergone two failed transplant procedures

In an unusual case, a 41-year-old man from Chennai underwent three kidney transplants and walked out of the hospital with five kidneys in total.

The man suffering from severe hypertension underwent a third renal transplant at the Madras Medical Mission.

However, after his first set of post-operation checks, the medical experts at Madras Medical Mission asserted that the patient is recovering well.

The transplant reportedly turned into a huge task as there was not much space inside his body for the doctors to work on. Dr S Saravanan, who took charge of the third kidney transplant, made the attempt after the patient had already undergone two failed transplant procedures.

Earlier to that, both the surgeries on the patient had failed due to hypertension. Meanwhile, the team of specialists also had to be careful as the patient had recently undergone triple bypass surgery post been diagnosed with coronary artery disease.

“His first and second transplant failed due to his uncontrolled hypertension. To complicate things more, he underwent triple bypass surgery to repair blocks in the heart in March at our hospital,” confirmed Saravanan.

After much discussion, the best option doctors could think of was a transplant. Initially, the patient had two inborn kidneys and two donor kidneys in his body. Following which doctors had to find space for a fifth one.

Giving details on the fifth kidney, Saravanan stated that transplant surgeons do not remove the dysfunctional kidneys from the patient but have to make space because of the risk of bleeding that takes place.

Looking back at his medical records, the patient was only 14-years-old when his kidney failed in 1994. That prompted his first transplant which lasted for nine years. Following that, his second surgery took place in 2005 and was functional for 12 long years. Sadly, for the next four years, the patient had to be strapped or tied to a dialysis machine that was nearly three times a week.

Usually, a patient who is suffering from chronic kidney disorder faces a big problem as the kidneys stop filtering out body waste through urine. This process can only happen after being taken over by dialysis machines.