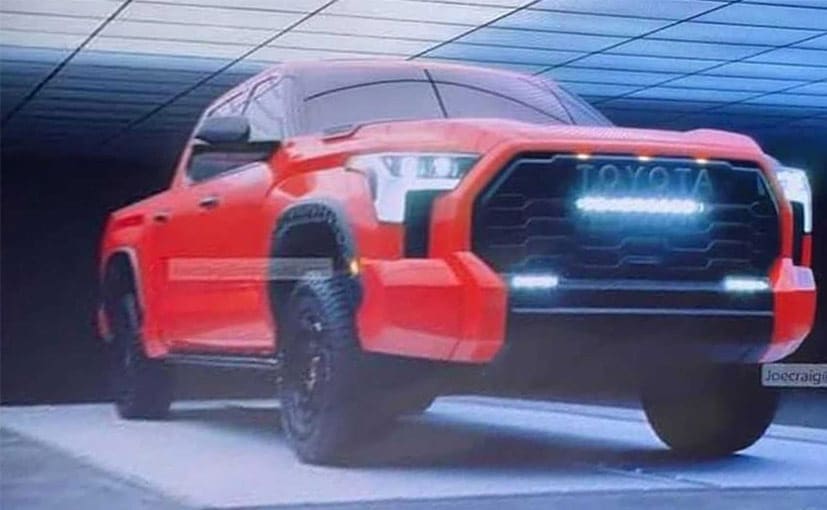 Toyota had teased the upcoming Tundra pick-up truck just and now a set of images of its production model has leaked online giving us a fair idea of how this new pick-up SUV will look like. As we already know, the new Toyota Tundra is shares its underpinnings and powertrain with the 2022 Toyota Land Cruiser LC300, but the Japanese carmaker has done a good job with its looks that distinguishes it from the LC300 and in-turn gives it a new identity. 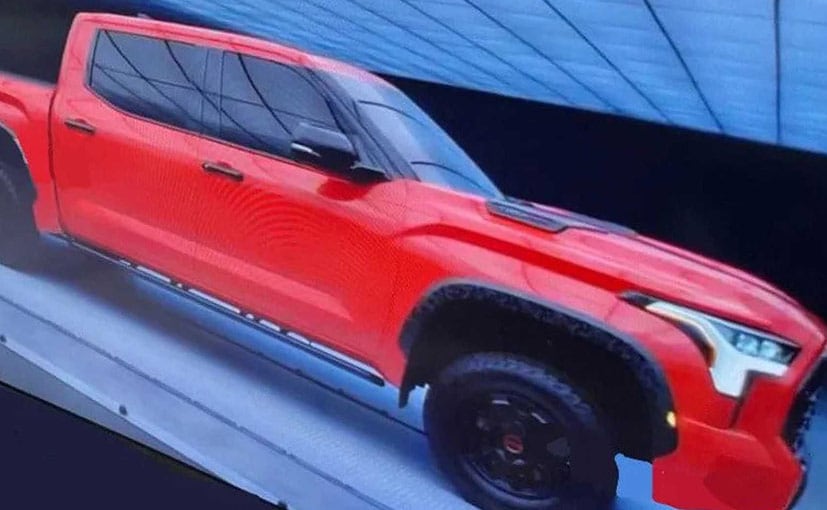 The 2022 Toyota Tundra looks quite bold adoring and the face is dominated by the that massive black mesh grille that takes inspiration from the Land Cruiser GR Sport variant and sports the Toyota lettering in the same fashion. The grille is flanked by bold LED headlights with daytime running lights (DRLs) and the chunky bumper adds to the intimidating looks, while you also get LED bars on the grille. The profile largely remains unchanged with similar squared wheel arches, bold claddings and wide window area. The rear too gets a chunky bumper and there is TRD pro lettering on the tail gate, meaning that it will be equipped with TRD off-road kits. 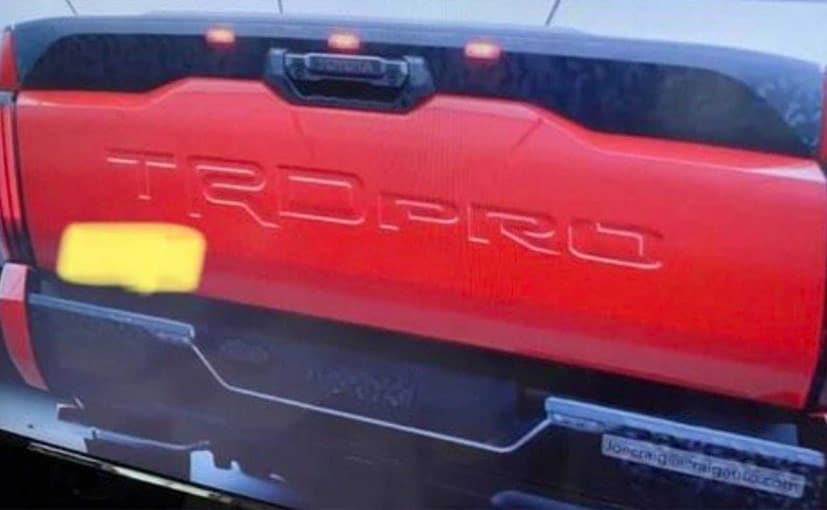 The rear too gets a chunky bumper and there is TRD pro lettering on the bed lid.

ALSO READ:  Moto X4 with 6GB RAM Launched in India, All You Need To Know

Previous teasers gave us an idea that it will get a new V6 engine that we saw on the 2022 Toyota Land Cruiser LC300. There were three embossed sections on the left side of the engine cover which was a way of saying that there are three cylinders per bank, meaning the motor under the hood is a V6. The 2022 Tundra will also be offered with a second powertrain option, but Toyota isn’t sharing any details about it yet. Going by rumours, it’s a hybrid or plug-in hybrid variant of the twin-turbo V6 engine. The 2022 Tundra is underpinned by Toyota’s new TGNA-F platform. The company engineered it to be able to support electrified powertrains and that backs up the rumours about an electrified powertrain on the table for the Tundra SUV soon.