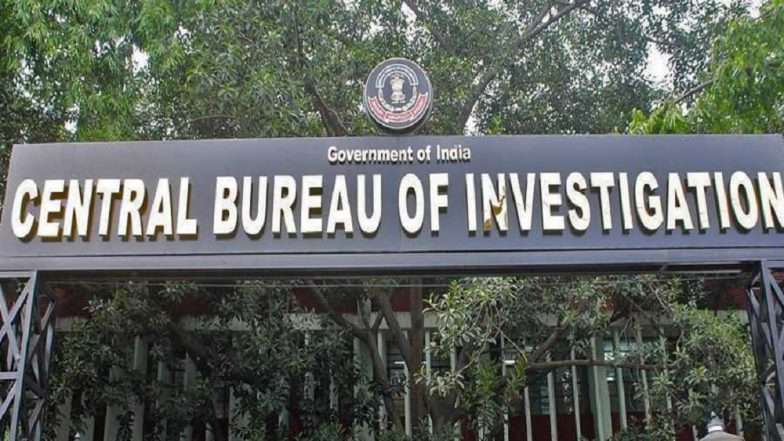 New Delhi, January 20: The CBI has arrested its own DSP RK Rishi, Inspector Kapil Dhankad and advocate Manohar Malik in connection with a corruption case, an official said on Wednesday. A Central Bureau of Investigation (CBI) source related to the development told IANS: “The agency arrested Rishi, Dhankad and Malik on Tuesday. The source said that the CBI follows a policy of zero-tolerance towards corruption.”

Earlier in the day, the CBI carried out searches at two places in Uttar Pradesh’s Roorkee and Saharanpur that are linked to Deputy Superintendent of Police Rishi. The source said that multiple CBI teams searched the residential premises of Rishi in Roorkee and Saharanpur’s Deoband. The CBI has also registered a corruption case against four of its officials and a few private persons.

In the FIR, the CBI alleged that the four officials booked for corruption had received bribes to extend favours to at least two private companies under probe for bank fraud.

On January 14, the CBI had carried out searches at 14 premises of the accused in Delhi, Gurugram, Ghaziabad, Noida, Meerut, and Kanpur. According to the CBI FIR, in the case of Shree Shyam Pulp and Board Mills, previous Investigating Officer Sangwan offered and paid Rs 10 lakh on behalf of the company’s Additional Director to the Inspector who in turn shared confidential information related to the probe with Sangwan.

The FIR said that in January last year, the CBI had registered a case against Frost International and 14 others for alleged bank fraud involving about Rs 3,600 crore. “Rishi paid Rs 10 lakh to the Inspector on behalf of the Desais for favours,” it alleged.

It also claimed that Rishi received Rs 15 lakh twice through the two advocates to get favours for a Chandigarh-based company probed in a corruption case. Dhankad received Rs 2.5 lakh from Gupta twice, for having brokered the deal through Rishi, the FIR read. The accused Stenographer had also allegedly shared details of the investigation in many other cases, including confidential notes and directions, with the two accused DSPs, for monetary gains.