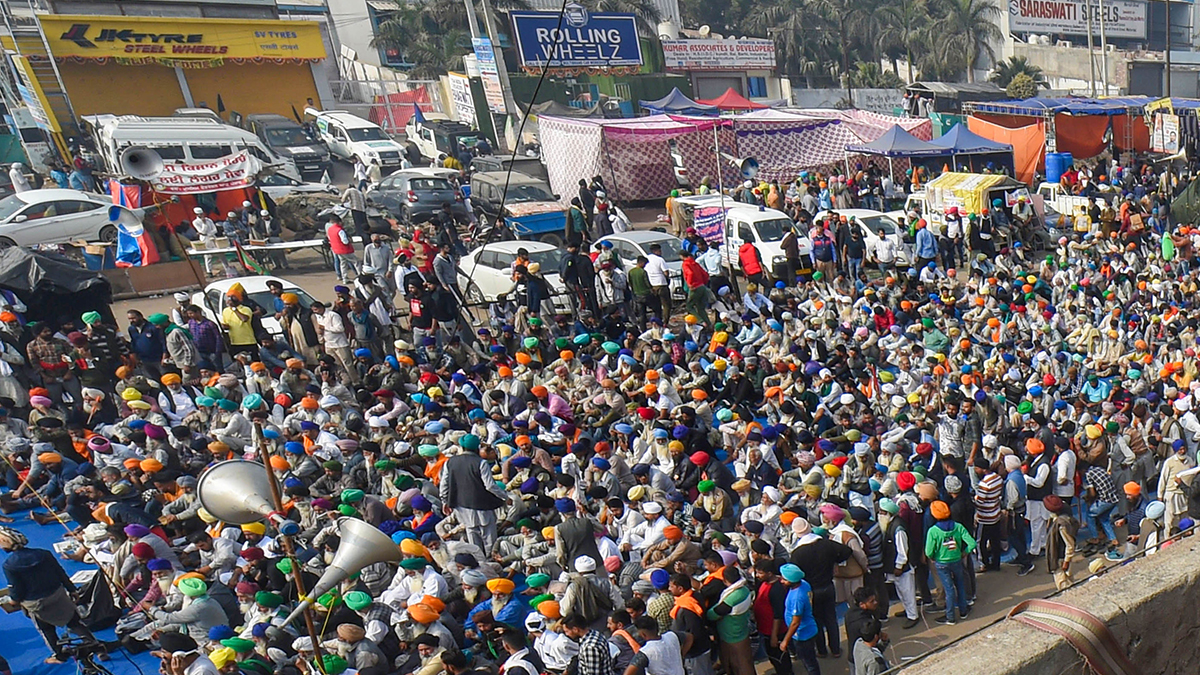 Farmers have sent the notices seeking an unconditional apology and unambiguous withdrawal of the alleged defamatory and derogatory statements made by the three leaders.

Statements by several political leaders have not issued in good faith or with responsibility, but mala fide intent and for oblique motives to further vested interests and defame the protesting farmers, read the notice.

A farmer from Amritsar, Jaskaran Singh Bandesha through notice to Giriraj Singh stated that farmers relentlessly giving their blood and sweat for the entire nation, and are widely considered to be the backbone of the entire country’s economy and the agricultural system.

Another farmer from Jalandhar, Ramneek Singh Randhawa, who sent a notice to Nitin Patel alleging that the latter said “In the name of farmers, anti-national elements, terrorists, Khalistanis, communists and pro-China people have sneaked into the agitation… We can see them having pizza, pakodi… All that is coming free of cost… Anti-national elements are giving them lakhs of rupees to stay put….”

Sukhwinder Singh Sidhu, a farmer from Sangrur, has sent a legal notice to Ram Madhav for allegedly made a defamatory statement against farmers’ agitation through his Twitter handle. According to the AAP, co in-charge Punjab Raghav Chadha, his party’s legal team is helping farmers in these cases.

ALSO READ:  6 Things to do this Ganesh Utsav to get Blessings of Lord Ganesha

Hundreds of farmers have been protesting at different borders of the national capital for over a month against the Farmers’ Produce Trade and Commerce (Promotion and Facilitation) Act, 2020, the Farmers (Empowerment and Protection) Agreement on Price Assurance and Farm Services Act, 2020, and the Essential Commodities (Amendment) Act, 2020.