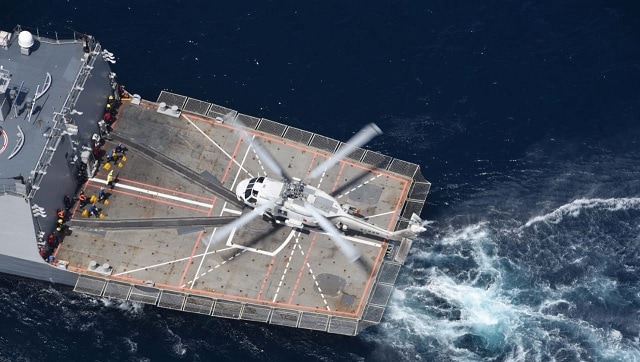 The Indian Navy was established in 1612 by the East India Company. This was later named Royal India Navy and post independence, it was reconstituted in 1950 as the Indian Navy

Observed every year on 4 December, Indian Navy Day commemorates the launch of Operation Trident against Pakistan during the 1971 India-Pakistan war.

On the night of 4-5 December, the Indian Navy planned the attack as Pakistan did not have aircrafts that could carry out bombings at night. The attack sank a minesweeper, a destroyer and an ammunition supply ship. The success of the attack by the Indian Navy is celebrated as Navy Day every year.

The theme of Navy Day 2020 is ‘Indian Navy Combat Read, Credible and Cohesive‘. Speaking on the eve of Navy Day, Admiral Karambir Singh, the navy chief said that COVID-19and Chinese attempts to change status quo along the northern borders have posed new challenges for the Navy, but they are ready to face both challenges.

The Indian Navy was established in 1612 by the East India Company. This was later named Royal India Navy and post independence, it was reconstituted in 1950 as the Indian Navy.

The invading group of the Indian Navy consisted of a missile boat and two warships that attacked a group of ships off the coast of Karachi. During the attack, oil tankers of Pakistan were also destroyed.

President Ram Nath Kovind extended greeting to navy personnel, veterans and their families on the occasion of Navy Day 2020.

On Navy Day, my greetings to our Navy personnel, veterans and their families.

Nation is proud of your commitment in protecting our maritime frontiers, securing our trade routes, and providing assistance in times of civil emergencies.

May you ever rule the waters.
Jai Hind! 🇮🇳

My greetings to all the Navy personnel on #NavyDay today.

Let us all salute our Navy personnel for their bravery, dedication and patriotism and selfless service in protecting the nation. My best wishes to all the Navy Personnel and their families. #IndianNavy #NavyDay2020 pic.twitter.com/6xQyjmq9WY

Navy Day greetings to all our valorous navy personnel and their families. The Indian navy fearlessly protects our coasts and also renders humanitarian assistance in times of need. We also remember India’s rich maritime tradition over centuries. pic.twitter.com/k2PMgvc0F3

The Indian Navy spokesperson shared a video and wrote that they affirm Indian Navy’s steadfast commitment to the service of the nation and towards ensuring India’s Maritime Security and territorial integrity.

“On the occasion of #NavyDay2020 we reaffirm #IndianNavy‘s steadfast commitment to the service of the Nation and towards ensuring our Maritime Security & Territorial Integrity”
Admiral Karambir Singh, Chief of the Naval Staff & all personnel of Indian Navy pic.twitter.com/t6LWHUyvjm

Union Home Minister Amit Shah said that the country is proud of its formidable “blue water force for their unwavering commitment in protecting marine borders and serving the nation during calamities”. Defence Minister Rajnath Singh saluted the valour, courage and professionalism of the Indian Navy and said that they are always at the forefront of keeping seas safe by ensuring maritime security.

On Navy Day, I extend my warm greetings to all our courageous personnel of the Indian Navy and their families.

India is proud of our formidable blue water force for their unwavering commitment in protecting our marine borders and serving the nation during calamities. pic.twitter.com/dnTLvqsgWE

On the occasion of #indiannavyday2020 my greetings and best wishes to all personnel of this outstanding force. The @indiannavy is at the forefront of keeping our seas safe by ensuring maritime security. I salute their valour, courage and professionalism. pic.twitter.com/2iJzAWSnAH

Youth Congress also saluted the Indian Navy warriors for their valiance and the Indian National Congress said that it is the courage, sacrifice and patriotism of the sea warriors who make the country safe.

We salute all the indian navy warriors for their valience, that makes our country safe. Jai hind🇮🇳#NavyDay pic.twitter.com/VywORXvwtY

As we commemorate Indian Navy Day, we honour the sea warriors who protect our motherland. It is their courage, sacrifice and patriotism that makes our country safe. Jai Hind. pic.twitter.com/HdXBo9FaRK

Trinamool Congress supremo and Chief Minister of West Bengal Mamata Banerjee saluted the brave soldiers who guard the Indian waters, Punjab Chief Minister Amarinder Singh said that the nation is indebted to the commitment, courage and valour of brave personnel of Indian Navy.

On the occasion of #NavyDay, I salute all the brave sailors who guard our waters. Jai Hind

On #IndianNavyday, I salute all the brave personnel of @indiannavy who spend day and night protecting our maritime frontiers. The nation is indebted to you for your commitment, courage and valour. Jai Hind! 🇮🇳 pic.twitter.com/ZxseKVNxWu