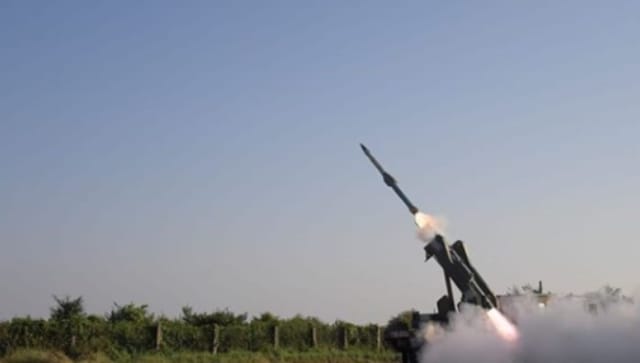 According to the defence ministry, the QRSAM system is capable of detecting and tracking targets on the move and engaging targets with short halts

The successful test-firing of the QRSAM, having a range of around 30 km, paves the way for its commercial production, officials said. Image courtesy: Instagram@dpi.drdo

ALSO READ:  SP-BSP 'Mahagathbandhan' in Uttar Pradesh Dissolved for UP Assembly Bypolls, SP and BSP to Contest the Election Separately

The successful test-firing of the QRSAM, having a range of around 30 km, paves the way for its commercial production, they said.

“The QRSAM system has achieved a major milestone by a direct hit on a Banshee pilotless target aircraft at medium range and medium altitudes,” the defence ministry said in a statement.

The test-firing took place at 3.50 pm off the Odisha coast. The officials said the missile is propelled by a single-stage solid-propellant rocket motor and uses all indigenous subsystems.

“The system is capable of detecting and tracking targets on the move and engaging targets with short halts. The system is designed to give air defence coverage against strike columns of Indian Army,” the ministry said.

In the last two months, India has test-fired a number of missiles including a new version of the surface-to-surface supersonic cruise missile BrahMos and an anti-radiation missile named Rudram-1.