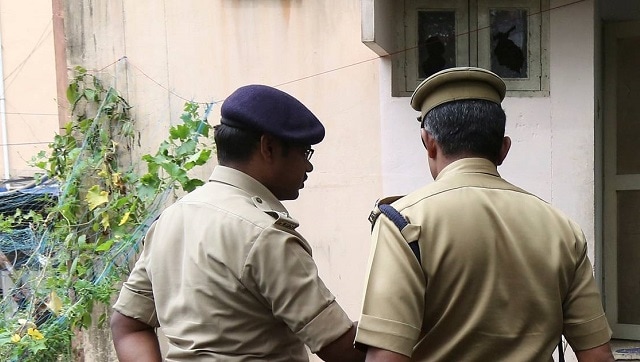 Munger: Police on Sunday lodged an FIR against law enforcers involved in an “unwanted and unauthorised lathicharge” on devotees during immersion of a Durga idol in Bihar’s Munger.

The FIR has been lodged with Kotwali Police Station on the basis of a video showing policemen baton-charging devotees on Monday, which has gone viral on social media.

“An FIR has been lodged after going through the video. Necessary action, as per law, will be taken against those security personnel, who were involved in an unauthorised and unwanted lathicharge on the people, after identifying them on the basis of the video footage,” Munger Superintendent of Police Manavjeet Singh Dhillon said.

A young man was killed in firing during police crackdown on the religious procession, and several persons were injured.

The incident, allegedly triggered by the local police objecting to a procession being taken out for immersion of a Durga idol late Monday night in flagrant violation of social distancing norms, had set off a pitched battle between security personnel and devotees.

The Election Commission had on 29 October ordered an inquiry into the firing and stone-pelting incident late on  Monday night. Magadh Divisional Commissioner Asangba Chuba Ao was asked to complete the probe within a week.

The poll panel also removed the District Magistrate and Superintendent of Police of Munger over the violence even as a group of protesters went on the rampage in the town on the same day, setting some police stations and outposts on fire and ransacking the SP and the SDO offices.

The RJD-led Grand Alliance condemned the district police for having acted in a manner akin to ‘General Dyer’ of the infamous Jallianwala Bagh incident in Punjab during British rule while its ally Congress had on 30 October met Governor Phagu Chauhan and demanded dismissal of the Nitish Kumar government, holding it responsible for the firing incident.

After submitting the memorandum to the governor, Congress national general secretary Randeep Singh Surjewala had said, “It was the BJP-JD(U) government which ordered the latchicharge and firing on the innocent devotees of Goddess Durga in which one person was killed while eight others were injured during the immersion of an idol on Monday night.”

The Congress leader had also claimed that a CISF email, which has come to the public domain, has admitted that the force and the police had resorted to firing in Munger.

The first phase of the assembly polls in Bihar is over and the next two phases are slated to be held on 3 and 7 November.