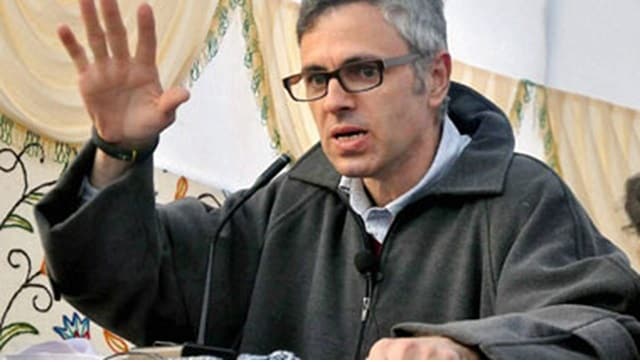 Srinagar: National Conference leader Omar Abdullah on Thursday said many states especially in the northeast have special laws relating to land ownership whereby people from other parts of the country cannot buy land there, and questioned why Jammu and Kashmir could not have similar laws.

“There are many states like Himachal Pardesh, Sikkim, Meghalaya, Nagaland and union territories where no Indian can go and buy land even today,” the former chief minister said.

“Why is it only us who become anti-national when we talk of these laws? Why are there no media debates when similar voices (for special provisions) are raised from other states?” he asked, addressing a function at the National Conference headquarters in Srinagar.

He further said the “fight” is for protecting “our identity” for “our tomorrow”.

Abdullah accused the BJP-ruled Centre of pushing to the brink the mainstream political parties in Jammu and Kashmir who he said have come together in the battle to protect their land and identity.

“What do the Delhiwallas (Centre) want? Do they want us to leave the mainstream? We are battling to save our identity and land,” he said.

Asserting that it was not a crime to seek constitutional rights through peaceful and democratic means, he said, “Today, there was a peaceful protest against the new (amended) land laws (by PDP) but it was not allowed. Are we wrong in seeking our right within the Constitution and peacefully?”

Abdullah said last year after the Lok Sabha elections, political parties had expected that Assembly elections will be held in Jammu and Kashmir.

“But today we are fighting for our identity. Shame on those of us who are still hankering after power. It is no more about power,” he said.

About the formation of the People’s Alliance, he said the Centre has been using “all kinds of tricks” to “weaken and divide us”.

“I wish we had forged an alliance earlier. Maybe we could have avoided the situation (revocation of special status of Jammu and Kashmir),” he said, adding “Whatever we are facing today is because of that weakened voice. We were divided and they implemented their plan, our voice got weakened and they attempted to erase our identity”.

He further said those making “tall claims about merging Jammu and Kashmir with India are still indulging in step-motherly treatment with us”, saying the land amendments done earlier this week were an apt example for that.

The Centre had on Tuesday cleared the decks for people from across the country to buy land in Jammu and Kashmir by amending several laws, a move which mainstream political parties in the union territory said was akin to putting the erstwhile state up “for sale”.