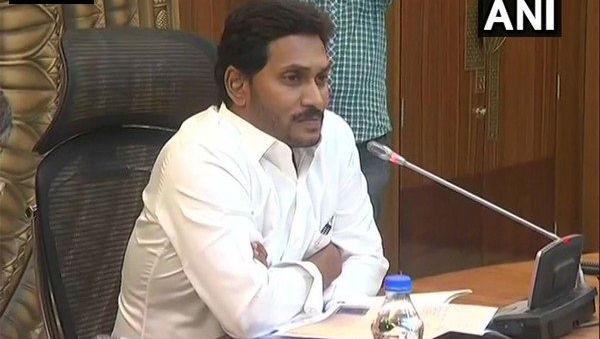 The Council, in a statement, called Chief Minister’s act of making the letter public a ‘clear manifestation of the conspiracy to scandalise and malign the judges’.

“The sinister act of releasing the letter of the CM to the media is the clear manifestation of the conspiracy to scandalise and malign the judges, which is nothing but a subterfuge to shake the confidence of the public in the institution of the Judiciary and administration of justice,” the BCI said.

The council said that it is aghast and appalled at the reprehensible move by the Andhra Pradesh Chief Minister to target Justice NV Ramana, a senior Judge of the Supreme Court who is in line to become the next CJI.

“Several Judges of Andhra Pradesh High Court, including its Chief Justice, have also been targeted, with the sole aim to undermine the independence of the judiciary and browbeat judges to suit his own purposes,” it said.

BCI Chairman Senior Advocate Manan Mishra stated that Andhra Chief Minister, by making his letter public, has adopted the tactics to pressurize the Judge and scandalize the Institution.

“It appears that the Chief Minister by making his letter public through the media has adopted the tactics to pressurise the Judge, to tarnish his image and scandalise the Institution. We cannot lose sight of the fact that, as per the norms of judicial discipline, judges can’t join issues with these elements in public to counter their morbid designs,” Mishra said.

“It is due to that reason that the obligation falls on the shoulders of the Bar and the responsible citizen of the country to uphold the dignity of the institution. It must be noted that Justice Ramana was dealing with a Public Interest Litigation (PIL) for decriminalising politics. It’s high time that the prudent citizen of the country particularly, the lawyers come forward to defeat and demolish the forces of disruption whose hidden agenda behind their evil move is to subvert the smooth functioning of courts and administration of justice,” he added.

ALSO READ:  College Ragging: How Dangerous It is and How to Tackle Them

The Bar Council further made it clear that it has no intention of interfering with the functioning of the office of Chief Justice of India and said it always stood to protect the dignity and decorum of the ‘institution’.

“The Council makes it clear that it has no intention to interfere with the functioning of the office of Chief Justice of India. The Council has always stood to protect the dignity and decorum of the Institution. The lawyers of the Country have always stood behind the Judges whenever any attempt to scandalise the Institution has been made, and the legal fraternity of the country will never tolerate any such evil design of anybody to malign the system,” BCI said.

Bar Council’s statement added that in recent times, the country has witnessed several such overt and covert attempts when sitting Judges of the Supreme Court have been attacked by a section of society to destabilise the system of administration of Justice.

“That should now come from a Chief Minister of a State, an important constitutional authority, is most worrisome and alarming. The fact that Justice Ramana is next in line to be the Chief Justice of India makes the intentions of these people more obvious,” it said.

As per media reports, on October 11, Andhra Pradesh Chief Minister YS Jagan Mohan Reddy wrote an open letter to CJI SA Bobde, alleging that Justice NV Ramana, who is next in line to be the CJI, has been influencing the sittings of the Andhra Pradesh High Court, and has a close relationship with TDP leaders, including party president and former Chief Minister N Chandrababu Naidu.