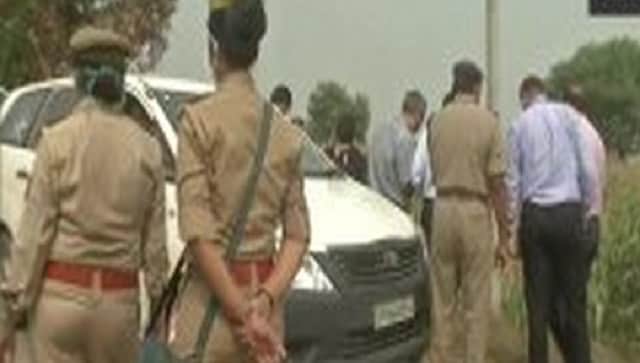 The court said the Hathras district administration failed to show ‘any good reason’ as to why it could not hand over the victim’s body to the family members, say for even half an hour, to enable them to perform their rituals at home

The Allahabad High court on Tuesday pulled up the Hathras district administration for cremating the body of the 19-year old Dalit girl, who succumbed to her injuries a fortnight after being gang-raped, against the wishes of her family and said that the victim was “at least entitled to a decent cremation in accordance with religious customs”.

As per LiveLaw, the court observed that prima facie, the decision to cremate the victim at night, taken jointly by the administration at the local level and implemented on the order of the Hathras DM, was an infringement upon the human rights of the victim and her family.

Hathras District Magistrate Praveen Kumar Laxar and Superintendent of Police Vineet Jaiswal had on Monday told the court told that the decision was taken by the local administration and police, and there were no instructions or pressure from the state government.

Senior police officials and officials of the Hathras administration had also said that the late-night cremation was carried out keeping in mind law and order considerations.

The victim had died a fortnight after a brutal assault and gangrape, allegedly by four “upper caste” men of the village on 14 September. The woman had succumbed to her injuries at a Delhi hospital on 29 September, following which the District Magistrate ordered cremation in the village in the dead of night.

The Dalit teen’s family had maintained its stand that the cremation was carried out without their consent.

In its order released on Tuesday, the Allahabad High court said the district administration had failed to show “any good reason” as to why they could not hand over the body to the family members for some time, “say for even half an hour, to enable them to perform their rituals at home and thereafter to cremate it either in the night or next day”.

The court observed that though the administration had not categorically refused the family members to see the face of the deceased, the fact remains that it had not allowed them to see the victim’s face even after repeated requests.

LiveLaw quoted the court as saying:

“Sensitivities of the people which the Constitution recognises as fundamental rights such as a right to decent burial/cremation as per traditions and customs followed by the family, have to be respected and if considerations of maintenance of law and order are pitted against such valuable rights, the situation needs to be handled deftly and responsibly on a proper appreciation of both the aspects as such valuable rights cannot be trampled or trifled casually or whimsically especially when those likely to be deprived are of the downtrodden class, uneducated and poor.”

As per Bar&Bench, the Lucknow bench of the high court said it needed to consider whether the hurried cremation was in violation of the victim’s fundamental rights under Article 21 and 25.

It also directed the Additional Chief Secretary (Home) to come out with a draft policy with guidelines for district officials in future matters involving cremation/burial of the dead in similar circumstances.

The bench comprising of Justices Pankaj Mithal and Rajan Roy also said that no one should indulge in character assassination of the victim just as the accused should not be pronounced guilty before a fair trial.

The Bar&Bench report said the court also asked the authorities on whether they were aware that under the prevailing law, “The mere absence of semen during a forensic examination, though a factor for consideration, would not by itself be conclusive as to whether rape had been committed or not if there are other admissible evidence.”

It also raised questions regarding the propriety of persons not directly involved in the investigation making public comments on the case.

UP Additional Director General of Police Prashant Kumar had earlier declared that the forensic report proved that no rape was committed as no semen was found in the samples collected from the victim.

The high court also directed the state government to ensure the safety and security of the family members of the victim and said that the CBI and SIT investigation should be kept confidential and not be leaked to the public.

It told authorities not directly connected with the investigation to refrain from making public statements to avoid fuelling speculations, according to reports.

The court further said that media and political parties should air their views without disturbing social harmony or infringing upon the rights of either party.

The victim’s kin had on Monday demanded that the trial be shifted out of Uttar Pradesh and asked that security be provided to them. They also did not want the report of the investigation to be made public, the family’s counsel Seema Kushwaha said after the family appeared before the high court.

The court also directed that any compensation announced by the state may be offered to the family at the earliest. In case the family refuses to accept the same, it is to be deposited with the district magistrate concerned for further action.

The court also questioned why action was taken only against the then Hathras SP and not the DM.  It asked suspended Hathras Superintendent of Police Vikrant Vir to appear before it for the next hearing on 2 November.

Also on Tuesday, a CBI team headed by DSP Seema Pahuja reached Hathras, two days after registering an FIR in the case, and visited the crime scene as well as the site where the victim was cremated.

CBI officials directed the local police to cordon off the crime scene, which had become a virtual thoroughfare for nearly 29 days since the gangrape.

As per an Indian Express report, sources said that the team tried to recreate the crime at the millet field where the victim’s brother claimed the accused had tried to strangle her and took video recordings of the proceedings.

The mother of the deceased Dalit teen was also taken to the crime spot after she returned from a brief hospital visit due to ill-health, as per an NDTV report.

The CBI investigators also spoke to the family members at their residence in detail about the sequence of events on the day of the crime, the officials told PTI.

The brother of the victim was taken to record his statement, triggering speculations of his arrest, reported the news agency. However, CBI Spokesperson RK Gaur said that “no arrest has been made”.

According to the Indian Express report, the CBI team also visited the spot where the victim was cremated and also made some video recordings, the newspaper quoted a source as saying.

The case was referred to the CBI by the state government after a political storm over the alleged apathy of the administration and protests in various parts of the country demanding justice for the victim.

The officer concerned of the Uttar Pradesh Police had registered a case of attempt to murder on a statement by the brother of the victim. As per the FIR at Chandpa Police Station, the brother had said that the accused tried to strangulate his sister in a millet field and escaped when she raised an alarm.

The notification issued by the Centre on the request of the Government of Uttar Pradesh had asked the CBI to probe rape, murder and atrocity and “any attempt, abetment and/or conspiracy, in relation to or in connection with such offence(s) and/or for any other offence committed in the course of the same transaction or arising out of the same facts”.

“The complainant had alleged that on 14 September, 2020 the accused tried to strangulate his sister in the millet field. The case has been registered by CBI on the request of Uttar Pradesh Government and further notification from Government of India,” Gaur had said after registration of the FIR on Sunday.

Political outrage over the case continued on Tuesday with Aam Admi Party’s (AAP) Sanjay Singh accusing the Uttar Pradesh government of trying to save the accused and CPI’s Binoy Viswam writing to Prime Minister Narendra Modi, seeking the transfer the trial outside Uttar Pradesh to ensure that the state government doesn’t interfere in the investigation.

Singh demanded that the family of the Hathras victim be provided security by the central forces. He said the CBI inquiry in the case should be under the supervision of the apex court.

Viswam alleged there have been concerted attempts by the UP administration and the UP Police to change the narrative around the incident and that the victim’s family has been denied basic dignity.

“It is in this context that I urge you to intervene in the matter and ensure a Supreme Court-monitored investigation into the incident and a fair and speedy trial of the same, transfer of the case outside of Uttar Pradesh to ensure non-interference of the UP government, strict action against all officers who have failed to perform their duty,” Viswam wrote in the letter.

Tragic: 8-YO BJP MP’s Grand-daughter dies due to Firecrackers in Uttar Pradesh

Rahul, Priyanka Gandhi, 3 Other Congress Leaders Allowed to Visit Hathras by UP Govt