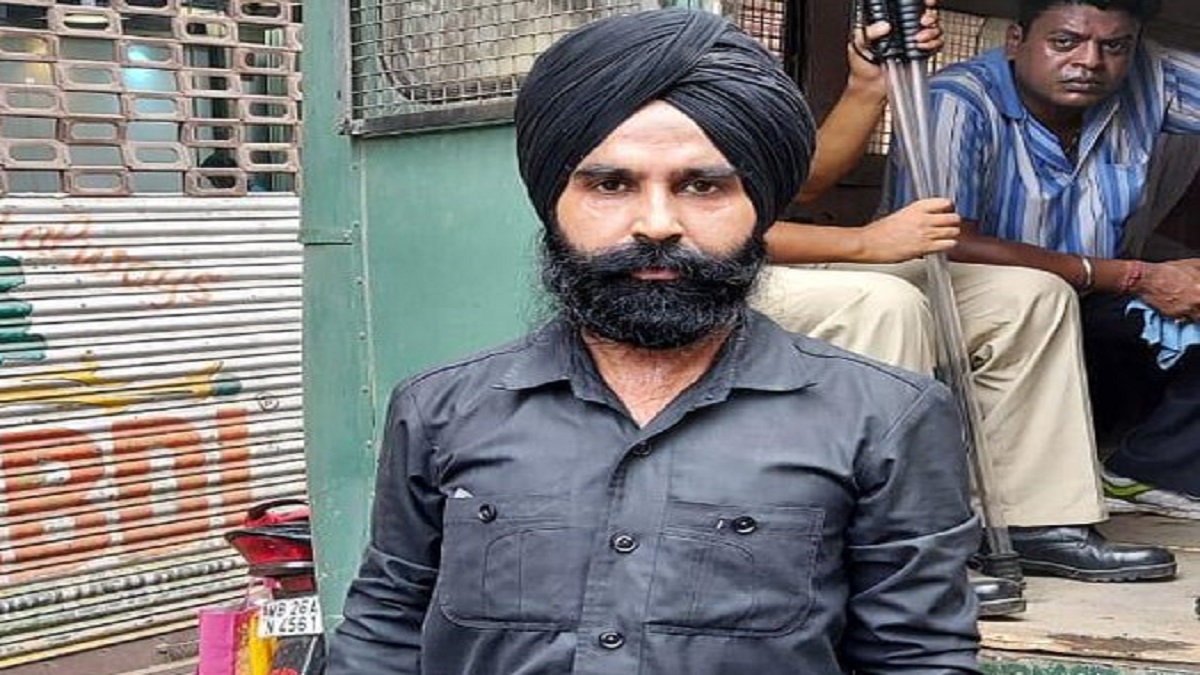 Kolkata, October 10: The West Bengal police on Friday issued clarification a day after a Sikh man was allegedly manhandled during the Bharatiya Janata Party’s mega protest in Kolkata on October 8. His turban was reportedly pulled when he was being taken into custody. The police said that the turban automatically fell off during a scuffle. The police added that the officer asked the 43-year-old man Balwinder Singh to put his turban back before the arrest.

However, the force alleged that Singh was carrying firearms. The West Bengal Police tweeted, “The concerned person was carrying firearms in yesterday’s protest. The Pagri had fallen off automatically in the scuffle that ensued, without any attempt to do so by our officer (visible in the video attached). It is never our intention to hurt the sentiments of any community.” The police also shared the video of the incident along with the tweet.

In another tweet, the West Bengal Police said, “West Bengal Police respects all religions. The officer specifically asked him to put his Pagri back before the arrest. The attached photo has been clicked right before he was escorted to the Police Station. We remain committed to our duty to uphold law and order in the state.”

The concerned person was carrying firearms in yesterday’s protest. The Pagri had fallen off automatically in the scuffle that ensued,without any attempt to do so by our officer (visible in the video attached). It is never our intention to hurt the sentiments of any community(1/2) pic.twitter.com/aE8UgN36W5

Meanwhile, the BJP accused the police of hurting religious sentiments of Sikhs as turban of the man fell when he was being arrested. BJP state unit President Dilip Ghosh had said on Thursday that it was a licensed weapon and the person had all valid documents for carrying the firearm. “The police should release him as he is a security person and was carrying a licensed weapon,” Ghosh had said during a press conference on Thursday.

Singh hailed from Bhatinda. He is the personal security guard of BJP leader Priyangu Pandey. After the video of the incident went viral on social, the controversy gathered so much momentum. Former India cricketer Harbhajan Singh also took to Twitter to express his dissatisfaction over the incident. The ace spinner tagged West Bengal Chief Minister Mamata Banerjee in his post, saying: “Please have a look into this matter @MamataOfficial. This isn’t done.”

ALSO READ:  India is Better than Pakistan in These Categories

Parliament: Both Houses adjourned amid Oppn ruckus; Centre to seek suspension of TMC MP for misbehaving with IT minister