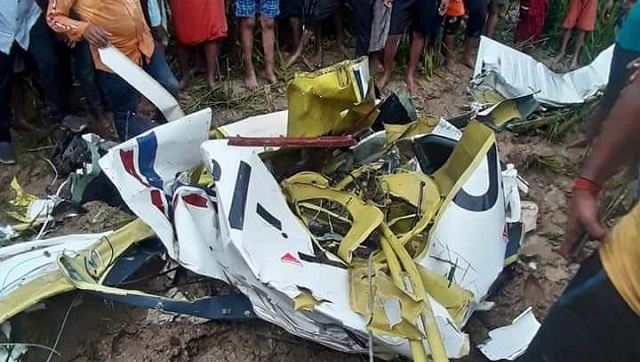 The aircraft, which belonged to the Indira Gandhi Rashtriya Udan Akademi, crashed into an agricultural field in Kushaha Fariuddinpur village around 11.30 on Monday morning due to bad weather conditions

The aircraft crashed into an agricultural field in Kushaha Fariuddinpur village under the Sarai Mir police station area around 11.30 am due to bad weather conditions, they said.

The aircraft had taken off from a training institute and was being used by a trainee pilot, District Magistrate, Azamgarh, Rajesh Kumar said. There was only one person in the aircraft, he added.

The Azamgarh Police said its personnel and senior officials were at the spot overseeing the rescue and relief operation.

UP CM Yogi Adityanath Says Mafias and Criminals are Running For Their Lives in New Uttar Pradesh and The Tranquility is Back in the...