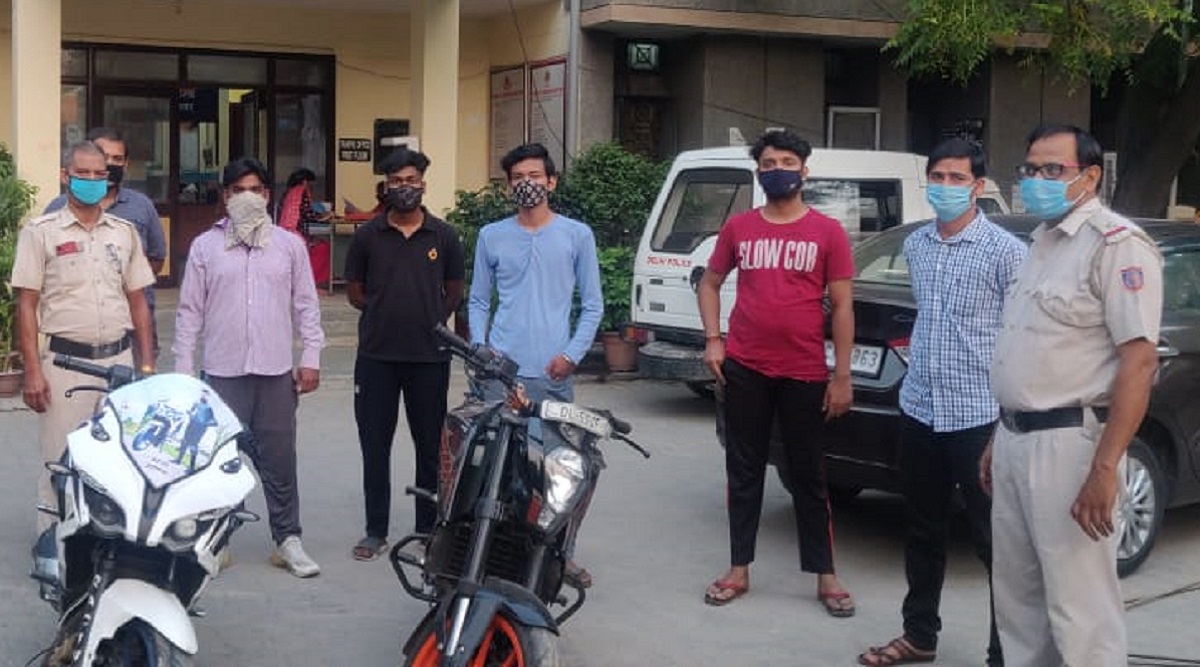 New Delhi: Five people were arrested after a video of a group of bikers performing stunts on a busy road in east Delhi’s Vikas Marg surfaced on social media, police said on Sunday.

The arrested have been identified as Sonu Kashyap, Kamal, Pawan, Sachin and Vipul Sharma, they said.

Five of these stunt bikers have been booked under varoius sections of IPC and MV Act. Others are also being identified. pic.twitter.com/eF2RxGewME

The 30-second video was posted by a passerby on social media tagging the Delhi Police. In the video, some bikers are seen standing on moving bikes while others perform various stunts.

ALSO READ:  Bollywood Stars Who have been accused of Sexual Assault through #MeToo Campaign in India

None of them was wearing any helmet or protective gear but seen wearing face masks. Taking notice of it, Deputy Commissioner of Police (East) Jasmeet Singh, tweeted “ The bikers have been identified. Legal action is being taken by the Shakurpur police station.”

By the evening, five men were arrested in connection with the incident for rash driving and under provisions of the Motor Vehicle Act, he said.