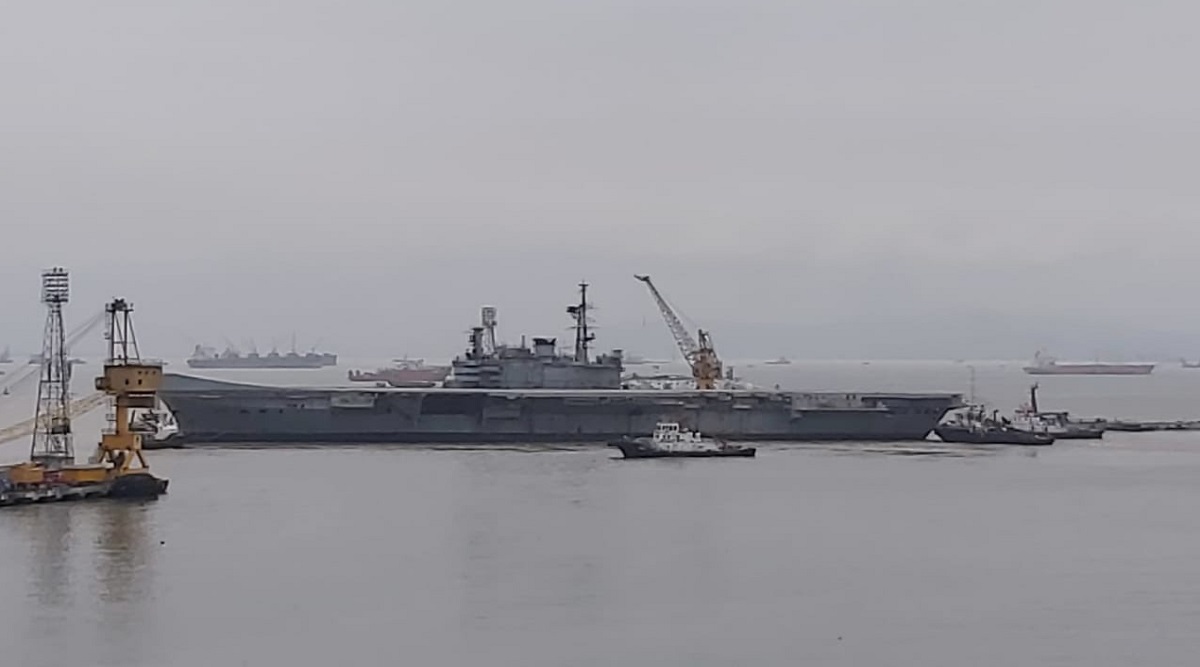 Mumbai, September 19: The longest-serving aircraft carrier INS Viraat on Saturday moved out of the Naval Dockyard in Mumbai for a ship-breaking yard in Gujarat. INS Viraat will be dismantled in Alang, the world’s largest shipbreaking yard. The Indian Naval Ship de-commissioned after 30 years of service in 2017.

INS Viraat will reach Alang on Sunday midnight. Shree Ram Group had won the bid for breaking down the ship for Rs 38.54 crore. INS Viraat served both in the United Kingdom and Indian Navies. INS Viraat is being towed by a tug boat to Alang.

Mumbai: De-commissioned INS Viraat, a Centaur Class Aircraft Carrier, which was in service for 30 years, moves out of the Naval Dockyard for a ship-breaking yard in Gujarat pic.twitter.com/nYUdMiMVGz

“The warship’s steel is of high-grade quality. It also has bulletproof material and non-ferrous steel,” reported The Times of India quoting Mukesh Patel chairman of Shree Ram Group as saying. According to the TOI report, several motorcycle manufacturing companies are in talks with Shree Ram Group for purchasing steel of INS Viraat.

Video of INS Viraat Leaving For Shipbreaking Yard at Alang:

It was sold to India in 1987. INS Viraat was commissioned into the Indian Navy on 12 May 1987. INS Viraat had a 14-degree ski jump to operate the Sea Harrier along with a reinforced flight deck, and 1.2 inches of armour over the magazines and machinery spaces. The ship had the capability of carrying up to 26 combat aircraft during wartime.

Why is FATF Scaring Pakistan these Days? Know the Details

India Eyeing at Revising it’s ‘No First Use’ Nuke Policy? Know the Details