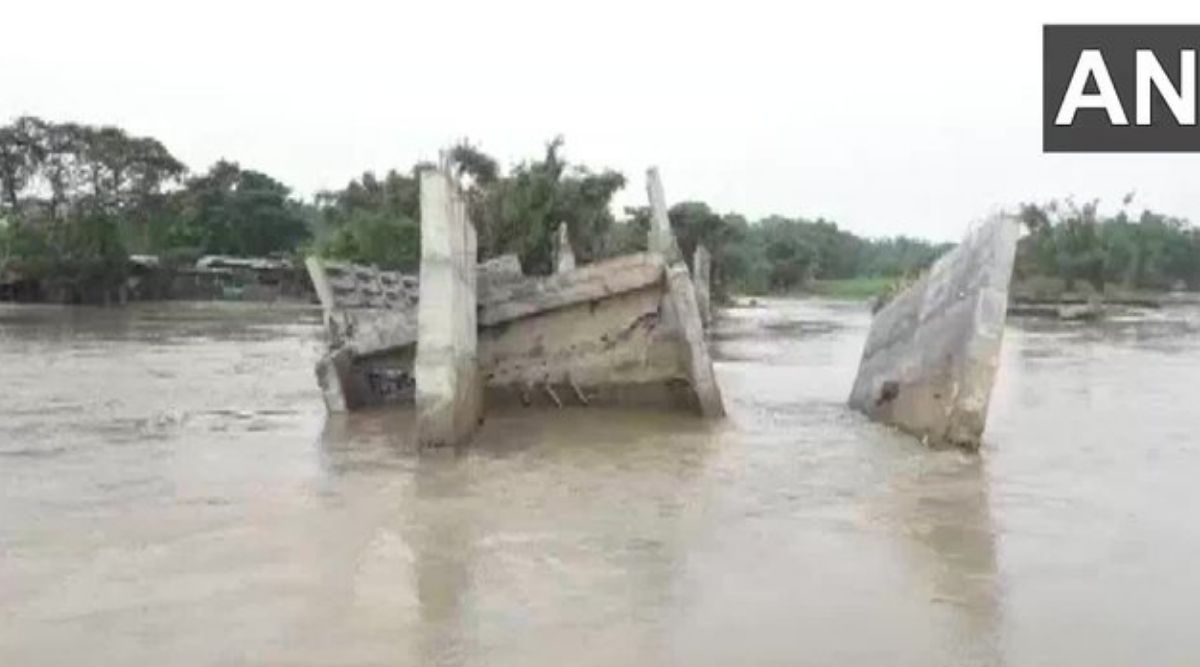 On the other hand, PM Narendra Modi will virtually inaugurate the Kosi Rail Mega Bridge in Bihar at 12 pm on Friday. Other than this, he will also inaugurate 12 other rail projects related to passenger facilities for the benefit of the state, a Railway Ministry release said. Arunachal Pradesh: Bridge Washed Away in Flood, Remote Shi-Yomi District Near China Border Cut-Off.

Bridge in Gaobari Village Washed Away Ahead of Inauguration in Bihar:

Kishanganj: A bridge in Goabari village washed away ahead of its inauguration following a rise in the water level of Kankai river. #Bihar (17.9) pic.twitter.com/oZnzhy5fcv

A new railway bridge on the Kiul River, two new railway lines, five electrification projects, one electric locomotive shed at Barauni and a third line project between Barh-Bakhtiyarpur are some of them, the release added.

ALSO READ:  Buddhist Woman Marries a Muslim Boy, LBA Demands the Girl to be "Brought Back"

(The above story first appeared on LatestLY on Sep 18, 2020 07:44 AM IST. For more news and updates on politics, world, sports, entertainment and lifestyle, log on to our website latestly.com).