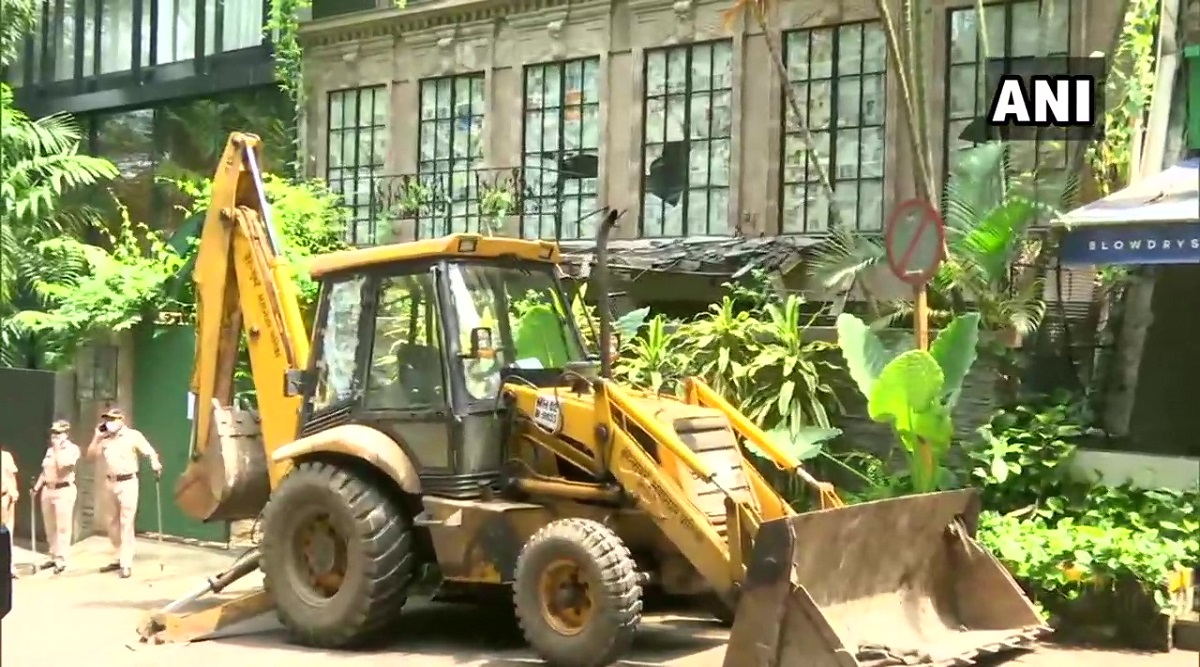 “In general cases, a standard operating procedure is followed such as sending notices before the civic body officials carry out the demolition. I request the BMC to also carry out demolition of other illegal construction near Kangana Ranaut’s office with the same speed as it has shown in this case,” he said in a video.

Ranaut, who was on her way to Mumbai, had also tweeted about the demolition, comparing Mumbai to Pakistan. “I am never wrong and my enemies prove again and again. This is why my Mumbai is POK now #deathofdemocracy,” the ‘Panga’ actress tweeted.

She also tweeted “Pakistan…” in one tweet and in another she wrote “Babur and his army”. Ranaut had yesterday slammed Shiv Sena MP Sanjay Raut for telling her not to return to the financial capital, claiming that the remark seems like an open threat to her. “Sanjay Raut Shiv Sena leader has given me an open threat and asked me not to come back to Mumbai. After Aazadi graffitis in Mumbai streets and now open threats, why Mumbai is feeling like Pakistan occupied Kashmir?” Kangana had tweeted.

The BMC had on Tuesday served a “stop-work” notice to Ranaut for alleged unauthorised construction in her office in Mumbai, mentioning 14 violations after taking note of several “illegal” alterations.

On Monday, the civic body had carried out an inspection at the office of the actor turned filmmaker’s film company ‘Manikarnika Films.’ The office is situated in Mumbai’s Pali Hills.

Earlier this morning, Ranaut, through her lawyer Rizwan Siddiqui, responded to the civic body’s notice, accusing it of trespassing on her property and making false claims.

Sushant Singh Rajput’s case: Rhea Chakraborty to be questioned for the third time by CBI tomorrow? Find out – Times of India

INS Viraat Moves Out of Naval Dockyard in Mumbai on Final Journey to Shipbreaking...

Lok Sabha passes farm bills amid opposition from farmers, political parties; what you should...

Paytm Back on Google Play Store After Being Pulled Down For Alleged Violation of...