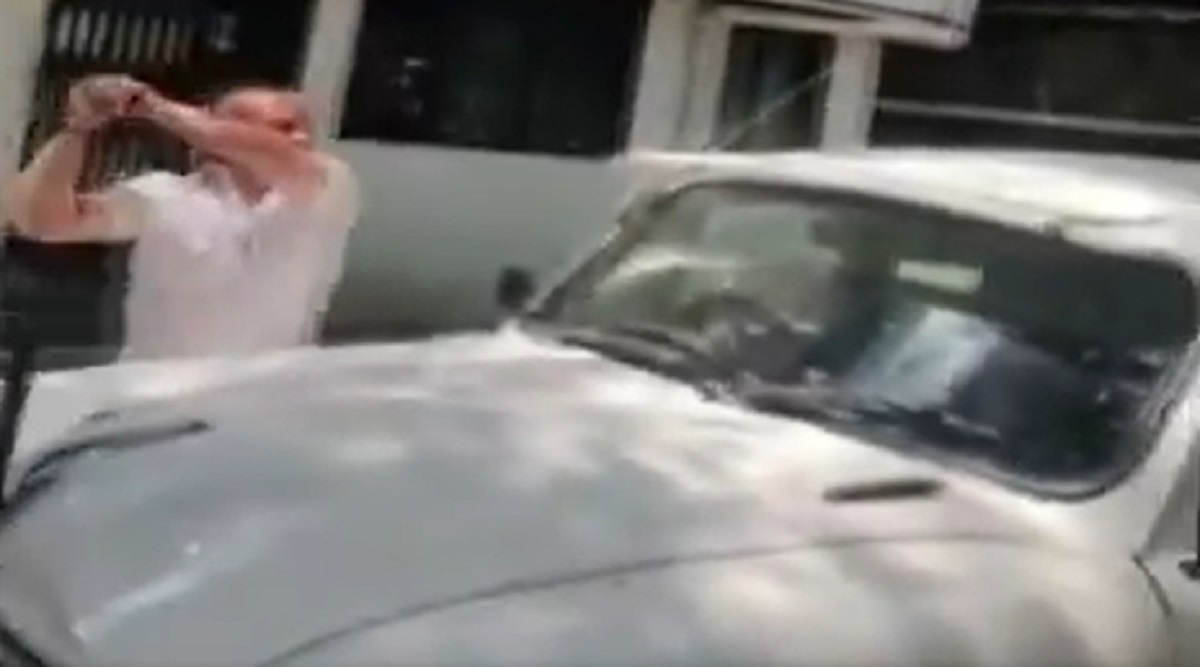 Pune, September 7: A Maharashtra Navnirman Sena (MNS) corporator on Monday damaged the official vehicle of a Pune Municipal Corporation (PMC) officer over the alleged delay in getting an ambulance to transport the body of his relative, who died of COVID-19 infection at a hospital here on Sunday.

No police case is lodged so far. Bihar: Ambulance Rams into Stationary Truck in Nalanda, 4 of Family Killed, 3 Injured.

The PMC’s vehicle depot has been entrusted with transporting bodies of COVID-19 patients to crematoriums in the dedicated ambulances. The corporator Vasant More claimed he and his family members waited for four hours for an ambulance on Sunday afternoon, which delayed last rites of his relative.

#WATCH Pune: Maharashtra Navnirman Sena (MNS) Corporator Vasant More vandalises the car of an official of Pune Municipal Corporation after an ambulance allegedly couldn’t be made available to take the body of one of his relatives from hospital. The deceased was #COVID19 patient. pic.twitter.com/JbrDNcL3i2

“To express my anger and protest against the poor management of the PMC’s vehicle depot in providing ambulances, I today ransacked the official car of a senior officer from the department. If a common man does not get ambulance on time, these officers too do not have the right to travel in their official vehicles,” said More.

Vehicle Depot deputy commissioner Nitin Udas said no complaint has been registered against More so far.

“I am taking information about the overall issue and will report to senior officials by Tuesday,” he said.

When asked about More’s allegations, the deputy commissioner admitted that management of bodies is taking time due to rise in COVID-19 fatalities.

“As the number of deaths on rise, vehicles to ferry bodies are being increased,” he added.