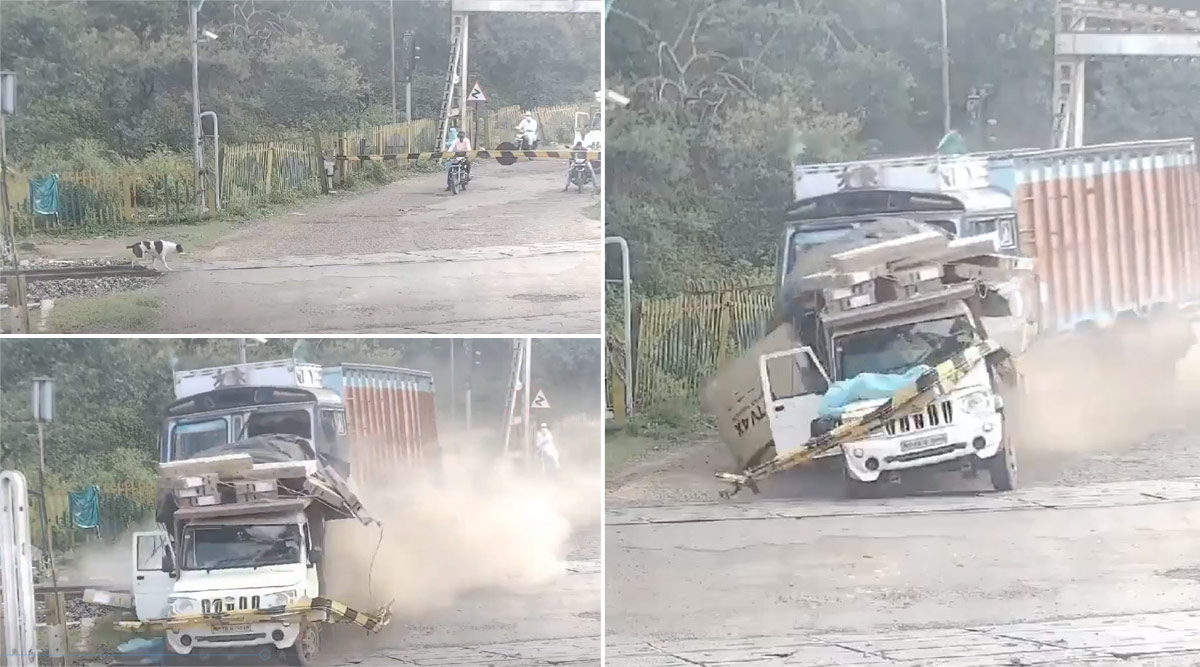 Sagar, September 7: A speeding truck rammed into railway crossing pole. The truck broke the railway crossing and went to another side of it. The incident took place at Jarua Kheda railway crossing between Sagar and Bina districts of Madhya Pradesh. Videos of the incident have surfaced on social media. Twitter handle named “@Potholewarrriors” shared these videos.  Delhi Woman Run Over by Drunk Man at Chilla Village, Shocking Video Captured on CCTV; Police Issue Clarification.

Videos of the Incident:

& Went on othe side of crossing

(The above story first appeared on LatestLY on Sep 07, 2020 05:58 PM IST. For more news and updates on politics, world, sports, entertainment and lifestyle, log on to our website latestly.com).

Ludhiana Shocks: Sister Out to Buy Rakhi Mowed down by Man Suffering Cardiac Arrest while Driving