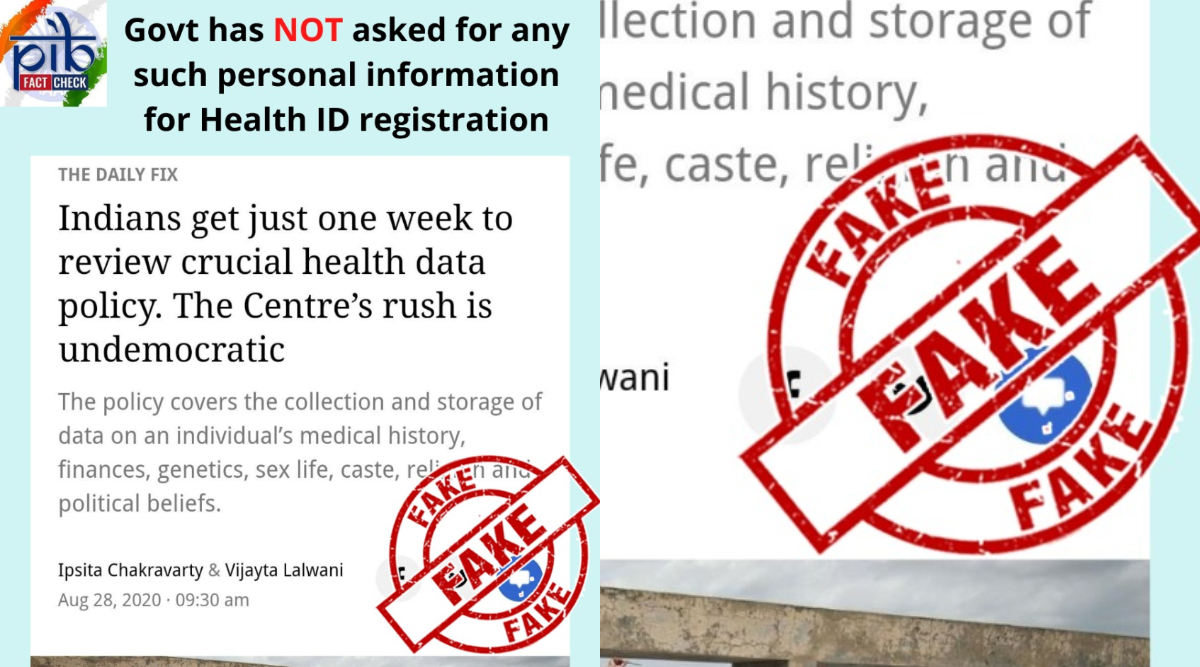 According to a report, published by an Indian online news portal, the draft Health Data Management Policy of the National Digital Health Mission was released to the public for comments and feedback. The report claimed that the draft policy outlines how this data would be collected, processed, stored and shared. Clerks, Guards, Peons Appointed by Department of Justice For Government Jobs Through Direct Recruitment? PIB Fact Check Debunks Fake News, Here’s the Truth.

ALSO READ:  Constant Rain in Mumbai, a Trouble for Mumbaiiates: Damage Report and Other

Also, the report had claimed that the government had asked for ‘sensitive personal data’ like financial details, their physical and mental health, sex life, medical records, gender and sexuality and caste. Also, the draft policy had asked for details like religious and political beliefs, and genetic and biometric records. For all of these, the government had given seven-days time to individuals, reports the news portal.

Here’s what the Government said:

Claim: Media report has claimed that the government is asking for “sensitive personal data” for the registration of Health ID. #PIBFactCheck: This claim is #Fake Information like name, year of birth, state, etc. are required while registering for Health ID. pic.twitter.com/m2LMTRCAIy

However, the Union government had called the report incorrect and fake. The government stated that while registering for Health ID information like name, year of birth, state, etc. are required.

Media report had claimed that the government is asking for “sensitive personal data” for the registration of Health ID.

This claim is fake as information like name, year of birth, state, etc. are required while registering for Health ID.

(The above story first appeared on LatestLY on Sep 01, 2020 03:24 PM IST. For more news and updates on politics, world, sports, entertainment and lifestyle, log on to our website latestly.com).