Hollywood actor Chadwick Boseman, who was popularly known for his film ‘Black Panther’, passed away from cancer on Friday. The actor was in Los Angeles and he passed away at his home with his wife and family by his side.

His family said in a statement that the actor was diagnosed with colon cancer four years ago. “A true fighter, Chadwick persevered through it all, and brought you many of the films you have come to love so much,” his family said in the statement. “From Marshall to Da 5 Bloods, August Wilson’s Ma Rainey’s Black Bottom and several more- all were filmed during and between countless surgeries and chemotherapy. It was the honor of his career to bring King T’Challa to life in Black Panther.”

This news has broken million hearts and his fans including Bollywood celebs have been mourning the unfortunate demise of the actor on social media. Ranveer Singh, Arjun Kapoor, Disha Patani, Anupam Kher and other have taken to social media to remember the late actor.

Arjun took to his Instagram story and wrote, “@chadwickboseman u were so graceful & dignified onscreen to know u battled cancer for 4 years quietly and work thru it makes me respect you off it as well…rest well…#WankandaForever” 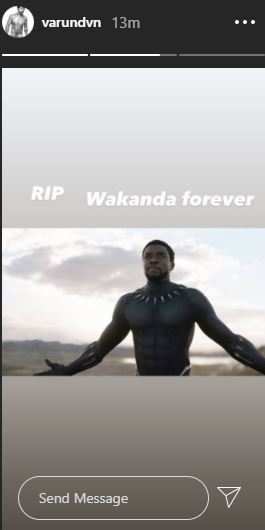 Anupam Kher wrote, “Deeply saddened to know about the sad demise of #BlackPanther actor #ChadwickBoseman at such a young age. Apart from being a very fine actor, he was a humble man with an infectious smile. My condolences to his family, friends & fans! #WakandaForever #OmShanti”

ALSO READ:  Akhilesh Yadav calls "Police Lynching" and "Nathuram Raj" in UP, Meets Family of One killed in Police Encounter

Deeply saddened to know about the sad demise of #BlackPanther actor #ChadwickBoseman at such a young age. Apart fro… https://t.co/J8tY8Cn929

Check out what other celebs have posted: 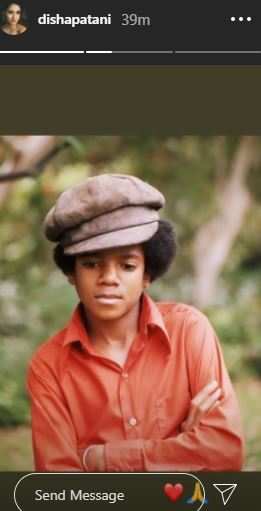 Fashion Disaster or Distinct Taste; What is Ranveer Singh Known For?

Moment Captured: How Varun Dhawan reacted to a Female Fan who proposed him with a Rose

Why Bollywood is known as the Love Guru for Indian Couples? Fact Check